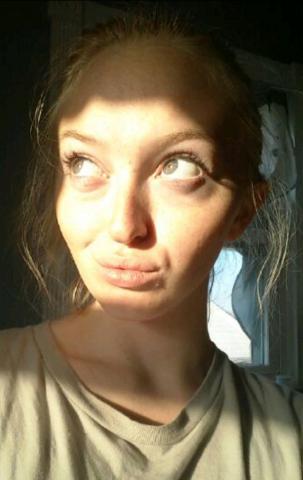 If in designation we find substance,

We are neither truly rich nor poor.

I know what you see when you look at me.

At least I fear as you.

Suburban pastels: I promise I am not by the devil,

As much as you are of hapless pleasure.

Ever so silently does the lark sing of the power of divergence.

If only the road duplicated once to bring the Adams to the lefts and Eves to the right.

Yet, only One can create a distinction that brings unity, too.

When you look at me, I feel it.

The one you’re told not to ignore, save principles are put above pride.

Often do I question the likeness in my iris,

And allow myself to drown once more.

The facade is correct, they are smiling now.

Suffocating are the unblemished patches by blisters’ liberation,

And you are free to die.

To move forward is to pick up the pieces of what was broken when the steel of rock bottom was reached at ninety plus.

We carry the glass that intrudes our veins in the elevation to that something grander.

Confidently do some stride towards to that beloved goddess.

Slowly do others squirm under the staff of assurance.

Of what shattered symbol does the passive traveler bring as the procession continues onward?

Time is friend only to Death.

To search is not to find in the passing of time in hope to identify what is lost.

For among the few was there above an abstract in which to begin.

I am the offspring of common decency and sense.

I know what is humane and what is demonic.

I formulate my own thoughts to organize opinions.

People are people, and that is blissfully beautiful.

Tolerance's request is but tolerance alone.

Thus I ask for a patient ear.

Consider this my disclaimer for my mother, my peers, and every nameless face.

I am who I am without opposing notion.

Ages of humankind have been laboring for the pride in such affirmative.

Why then do I not lower my head and find soley looks of disgrace?

Too accepting by the Boomers,

Too brainwashed by the New.

You best second this.

Why are you you?

Marriage should be open to all.

Babies should not be stolen from their mothers’ wombs.

Catholicism is in need of a non-patriarchal makeover.

Such are the only opinions that I have openly discussed and debated in the past four years of my life.

These are my factual beliefs as they prevail today.

The above, therefore, are the only certificates by which you may characterize.

For if you assume beyond the reason of factual evidence, you are what you have sought to destroy in all your years of crying for justice.

If humanity is to truly yield Walt’s optimism,

We may expect nothing but happiness and happiness in fact.

Moving forward is not birthed of glue and the scavenged.

The future in its wondrous glory is reached in leaving the past and its treasures where is lies.

We stride on, armed with what we chose to carry.

In my introductory indulgence into the whirlwind that is the state of something bigger than my Senior self, I proudly profess my firmest belief.

I go on with nothing, moving forward into the unknown armed only with my ignorance and the tolerance it provides.

I have no regrets.

I have no fear.

Poetry Slam:
My Year in Poetry Scholarship Slam - CLOSED
This poem is about:
Me
My country
Poetry Terms Demonstrated:
Imagery