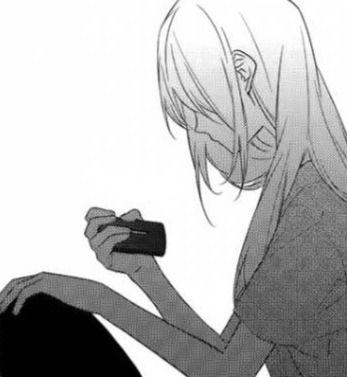 When the man I loved tried to commit suicide, I can only describe my pain as having my heart ripped through my chest with hands of barbed wire, broken-glass dreams and smoldering promises.

I had seen him just hours before, acting like a hostage and locked inside the panic room I had built, hands crossed like the straitjacket mannequin I forced myself to mimic trying not to bite my knuckles, my hands, my lip. Later, small and helpless in my bathroom he texts me “Took all my pills.”

I demand to know if it’s a trick, think Hayes think. He tells me he isn’t bluffing, that he downed his antidepressants to fill his empty threat with molasses, chances death. I ask him if this is return fire for answering his ultimatum: him or my parents...with choosing me. Because his wishbone was where his backbone was supposed to be.

There is a moment within a moment that is the closest to a soldier preparing for battle that I’ve ever felt. I strap my phone to my side, throw on my bulletproof sweater and my attack Chihuahua is next to me in case I need backup. When the mission comes in, pain crashes like liquid lightning across my vision, I listen for a heartbeat as I read: “I can’t breathe, I love you.”

A grenade goes off inside my chest, and tears and blood splatter across the walls as I scream and cry. Another soldier in the war for love has tried to die by going blind to the love that is beside him, inside him, crying for trying to breathe with strangled asthmatic lungs as her mother’s voice clears the room like a search and rescue team looking for survivors “Haleigh, what’s wrong?”

An hour later, I learn that you are alright...that you’ll make it, because of the cry for help I sent your family...I saved you. And I ignore the rage inside me, embrace the relief. I would live to fight another day in the war for love.

When I slept that night, I slept in a battlezone of lies, midnight and empty threats. When I woke up, I was choking on the last kiss he surprised me with. The next morning after he held my heart in his hands for more ransom than I could give, I looked in the mirror and was ashamed. Ashamed because...I didn’t recognize the angry thing staring back at me. I was the child who sang Elvis well into her twenties, the history and philosophy double major that proved every day of her life that you cannot prevent the same stupid decisions by learning history, but the things you can prevent...You must do so on your own, by drawing a line in the sand and say, “Here, no further”.

1958. West Germany. Elvis Presley becomes dependent on amphetamines. These drugs were widely used to treat depression, help soldiers stay awake long into the night, increase productivity....but what they didn’t know was what that these hunks of burning love they took into their bodies weren’t for truth, justice, and the American way. These were enlistments for heartbreak, and more shame than they could stuff into the duffel bags their sons took to southeast Asia twenty years later. To this day, hearing his name is my ‘Good Morning, Vietnam.’

In the deafening noise of the grenade in my chest, I tried to go back to my basic training. Maybe I could blame myself and avoid hating him altogether…

All I knew of love and war came from my parents, who stretched their spider-web love over treacherous oceans while my Navy dad hopped from country to country on the U.S.S. America - working tirelessly to deliver love letters from lovesick mothers to their wayward sons and my own mother was putting off college to take up the tremendous task of feeding yours truly.

I keep a photo of my mother and my father close to me at all times, embracing in the sitting room of my grandmother’s house. On the back, in my momma’s no-nonsense handwriting. “This is on our last day together. And this is how it will be. Forever.” After twenty years, they are still together, still make funny faces at each other in the supermarket, still hold their hands forward on road trips to see who gets to the next state first, still sing old music that I now have on vinyl...All I knew of love and war sit in this photograph was my master mold for every kind of love I would ever be lucky enough to hold onto.

And all that my Vietnam gave me, was an all-American, too-heavy reason to hate.

History doesn’t prevent anybody from making stupid decisions, but you can prevent how you get to the crossroads.

I swear on the backbone that I inherited from my parents, that I will throw everything I have at my next love...