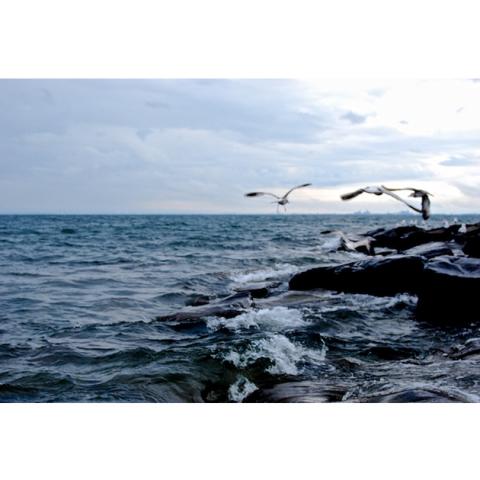 When Blue Reflects Upon Waves

No focus in sight, yet a bright future yields token,

Atop the bed, against the wall, under the dusty lamp,

Prone and tired, writhing side to side,

The cool dull poke of an anchor dropped in water,

So unproductive in its resting, natural state;

A skating record, dusty in sound,

Sad and gray, lonely to a fault

A cloud is an easy analog; a storm is better.

Within the body is a grand expansion of weight;

Without the body is a dense pressure,

Assuring and assisting the effects of gravity,

Affected by the rules and laws of our natural world.

What holds one down on the ground is not rope;

What it is: eighty-nine feet of saltwater.

It’s natural, though, the color blue:

Hues upon shades upon tones upon tints,

A color with neutral properties,

With positive and negative tendencies.

Only those whose waves determine my course,

Like large bodies of water, I wade and then float,

But after some time, naturally, I tire and lose traction,

Hooked by a line, drawn down by a sinker,

Pondering about and hoping to reach the depths,

Each strand of seaweed playing along my skin,

Connected closely to the speckled particles

Of sand on the underground beach.

From afar it looks as if the water is a bed,

A seat for pleasantness and laughter, and comfort for sitting,

To stare up above at the infinite sky,

The sky-blue sky, bluer than the water.

It’s far, yes, and it’s too distant to describe

To some it appears relaxing, soft and restful;

From the distance it looks like I’m staring upwards.

I know that I’m facedown, in a bad way,

My face alight from the abyss that floats me steady.

Like a mirror, water absorbs, distorts and reflects an image;

It’s oft hard to remember, but a mirror is imperfect:

I happen to be that mirror.

While I stare, blue, into the blue iris reflected to me,

I can see the true guise that I have created;

Others see not what I see, but what is given to them,

They stare at me in the same yet very different way as I do,

As if no wind blows in the wrong direction,

But my imitating mirror misleads many,

Mainly the people that heed my cheer;

I have created another me,

A duplicate with an outlook deserving of its envy,

For things to come and things that have passed;

But it’s hard to convince myself

That there may exist, truly,

An effective path to be paved by what could be my person.

Even though they don’t see,

Even though I don’t see at present,

Because I want to think this path is one worth stumbling upon,

One worth tumbling down, mind over matter,

Whether a means to an end, or an end in itself,

For whatever way I come to climb and crawl unbridled,

Across pebbled tracks and dusty roads,

I may have made merely a few small steps, but steps nonetheless,

To a clearing in some distant woods,

A clearing in the mental shrubs, thorns and roots,

Where I can stare, uninterruptedly stare,

And see not what I used to see,

But what were once others’ thoughts’ false view of my exterior.

Blue is a color so laden with truth and deception,

With heartache and enlightenment;

I have used and abused the color, and so it has me,

But I have never been able to let it go;

And it will stay as such until I awake,

From sleep-cum-psychic trouble I happen to carry,

And may start to reflect properly to bystanders

With a shade of blue so smooth,

A tint of one so soft and calm, 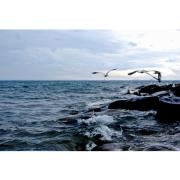 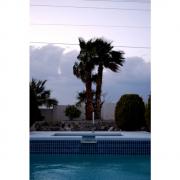 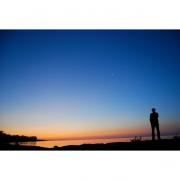 Picture I, left: The Blue Is Present, Currently: Prologue