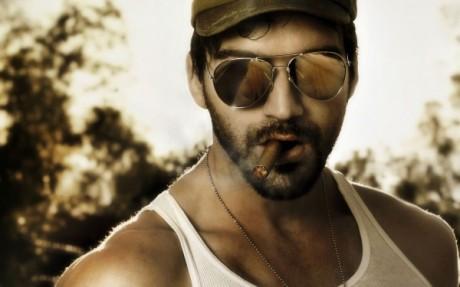 My Father always asks me, "What makes a man, a man?" and I'm never able to answer because I simply know I cant. Because a man comes in many forms, short, fat or tall. But is it the stature? Or the attitude? Or is it any of that at all? Because some men are crazy, they're murderers and thieves, but in their minds they are men, for in god they still believe. Isn't it a "man" of god? But that saying itself is odd, because in that case their is alot of "men" that do things they should not. Like drugs and rape and all sorts of "manly" things, that they do to suffice for things their mind cannot achieve. A false sense of control or calmness for a moment in their lives, but shouldn't a man be in control? Shouldn't he be able to survive? Without an alternate state of mind? Is a man a cowboy? Or does a man fly into space? Does a man give or have respect? Should a man clean his face? Is a man older than fourty? Or can he be any years old? Is a man a silent stone? Or does he have stories to be told? Some say a man speaks his mind, but some think quite different. "A man need not much to say" but is a man allowed to listen? Black, white and in between, who is the most manly? Some don't talk about race, while others make it their standing. Do real men burn crosses? Are men allowed to hate others? But I thought men showed respect, I thought men cared for their brothers. But don't show too much love, right? Because a man CANNOT be gay, but then that makes men scared, so they don't say what they want to say. But wait, I thought if a man spoke his mind he's a "real tough dude", but not in this case because it... doesn't work for you. Because it scares you right? The idea of men in love, but real men have no fear! Now you don't look so tough. But actually it's okay! Because a true man shows emotions. So cry, shake and shiver and be the manliest man in town, and keep working on those muscles man! Pick up that weight and put it down. Kind of like you did with your dreams. Because a real man has no time for fun, he only works and sleeps. Just work and work until you can no more, because you're job isn't done until YOU'VE become the chore. But now this whole argument has crashed in upon itself, because a man is independent, a real man needs no help. So take some time off and relax for a while, before you look back and realize you're not a man... you're a child. What I'm trying to say is no one has it right, but stop looking down on others because your views do not align. There is no true definition of a man, we just have to live out our lives the best way that we can. A man doesn't ponder on emotions that he's felt, a true man does the best with the cards that he is dealt.

This is so true

I like the way that your poetry tells a story and not just in a literal sense, but metaphorically, as well. I enjoyed it. I am a girl, yes, but I completely understand and agree with the story of this poem. It's message speaks truth and I appreciate the truth.

Thank you so much!

Awesome!! Makes you contemplate and really think about stereotypes.

This is very beautiful. Even as a girl, I enjoyed it.