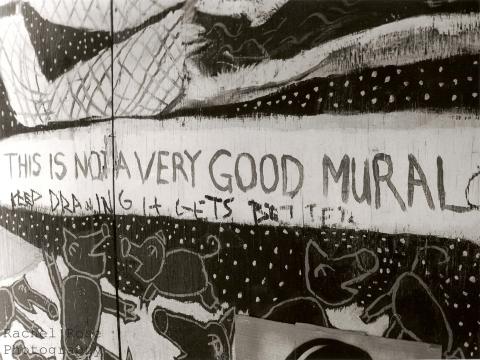 They say that I'm ill.

They say that I'm lost;
I'm stuck midway between conscious and half-dead,
on a road leading to a dead end,
with no perspective of the light of an impending dawn on the horizon -
blinded by my mind's own darkness.

They say that I'm drowning -
but I'm the only one with the ability to pull myself free
from the anchor tied to my ankle;
that I should have learned how to swim as a child
at the YMCA like the other children,
because now, I've sunken far too deep,
and there's no one to rescue me.

They say they can try to fix me,
but that I have to try too.
The reality that they don't seem to grasp
is that I'm exhausted,
my mind is drained of wasted intelligence
and my body is effete.

They say that the pills will make me better,
that they can silence the constant battle in my head -
an endless war between two sides:
fighting and giving up.

They say it's a disease -
with symptoms ranging from
melancholia, to desperation, to hopelessness, to mortality -
characterized by isolation,
by complete destruction of everything left of oneself,
and by that uniquely symptomatic look
found in the eyes of a sufferer
asphyxiated by their own silence
and the crushing weight on their shoulders;
a plea for a remedy
to cure the relentless pain,
to aid the calamity.

I fear that they're right,
that I'm ill, incurable.
Still, I find myself
trudging through impossible terrain
without a map or a hand to hold.
But the one thing I have learned to accept is that
they say I'm a fighter -
that I've got a fire burning in my soul,
a riot in my head,
a song in my heart,
and an ocean in my eyes.
And that is enough to set my eyes on the horizon -
to keep me marching through hell in one direction,
toward the unknown.
I don't know where I'm going,
but somehow or another,