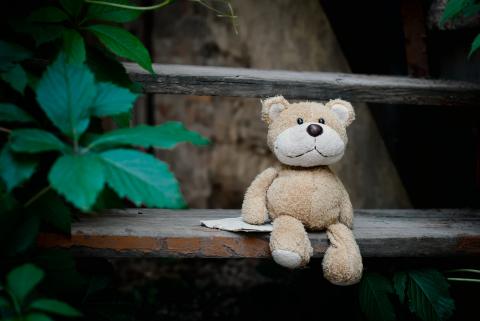 Description: ​ Riley has reached the breaking point after losing his little brother to a car accident. He begins to rant about Alex’s (brother) annoying habits, oddly focusing on the stuffed cat he carried around at all times. As the scene progresses, Riley's feelings become less complicated to decipher. Riley truly admired Alex and had trouble unveiling the reality: this so-called “abhor” for his younger brother was fragmented by profound love.

Setting: ​This takes place in the hospital promptly after the parents decide to pull the plug. (Note that the plug hasn't actually been pulled yet, but the decision has been made)

I couldn’t stand you. Everything you did transcend beyond pestilent: especially you and that stupid, ridiculous stuffed cat. I never understood why you took that filthy appendage everywhere. Not only were you nosy, but you always had to be right there all the time. Your corny jokes, and mind-numbing impulsive decisions- you drove me crazy. And I just resented you with every fiber in my being. I hated you, and your smelly stupid furry cat!

Mom and dad just worshipped you. In their eyes, you never did anything wrong. I was always blamed for your reckless actions. When I tried to reprimand you- discipline you when you clearly needed it because mom and dad had you chained on this pedestal, I would get treated like a villain... because god forbid little Alex learns right from wrong.

(Pause to stare at the worn down stuffed cat)

Look at you Alex, all roughed up- a dismantled corpse.

What the hell did I say about crossing the damn street? It’s not that hard, you look both ways twice, and hold my friggin hand before darting off into the road. But did you listen? Dammit Alex, look at you…  Look at you… ALL FOR A STUPID CAT!

(Throws stuffed cat in distress, then begins to ponder silently)

Alex… I truly pitied you, being a golden boy is no prize; It’s a curse. You get no exposure to life and the bitter reality: this world is full of crap. You needed to see that, you needed to because if you didn’t then… you’d end up with soaring expectations. You were ignorant, and I was arrogant.

When you let go of my hand, I had no idea you planned to go back to get the cat. Part of me actually believed that you finally began to grasp at least some of the lessons I tried to teach you. For the first time, I was able to think that you weren't total garbage. Then you get yourself hit by a bus. It happened so fast, it was over before I could even scold you for dropping one of your gloves. Now once again I'm responsible for your rash decisions…

​I should have never bought it for you. That one time, I thought I'd cut you some slack. ​

You and this stupid cat… Dammit, Alex, you've made an everlasting villain out of me. You were always such a pest. Still, I can't shake this weird feeling

that even now you're still intruding, with the absence of your petulant existence.