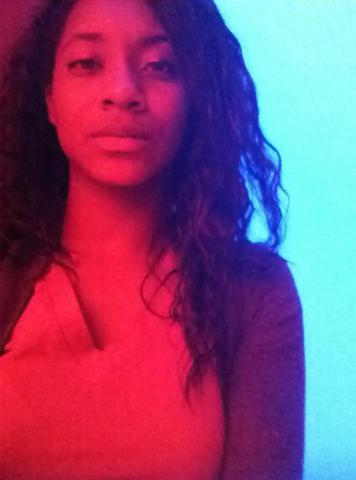 In the presence of royalty, she bows down and worships thee,
Kissing everything from his eyebrows to his feet,
Thinking that he’s real, and loves more than her sex appeal,
But he was like that with his last girl, he still trying to get his child support appealed.
He says the right thing at the right time,
And her self-esteem is boosted when he calls her a dime,
Like she should feel honored, but it’s awkward,
Because I’m watching my friend turn into a puppet and something else I never thought of.
He can say “sex is not a big deal, I don’t really need it”
Girl get some common sense you know he don’t really mean it.
But you’re a nice girl in your won world thinking this man’s from God.
But remember Satan lived in heaven too, Jesus wasn’t the only one.
And you’re still dumb enough to have this man’s son?
Having sex won’t keep him and having his baby doesn’t mean hell marry you,
Especially when you’re giving out free samples like Costco.
Every dude wants to taste that, you only let a few hit that, and you still consider yourself a virgin just because he ain’t poke that… yet.
Girl your container is better than your content.
And I’m just trying to tell you this so when he plays you, you won’t regret this.
Yea, you can say he likes you for who you are.
Maybe it’s natural beauty, maybe its Maybelline,
But Cover Girl can’t cover up a hoe girl.
So chuck the deuces to that BS, tell that NBA negro to two step because your two blessed to settle for less even when you’re going through a hot mess.
Just because he hoops, doesn’t mean he’s good,
Just because he has love, doesn’t mean hell show it to you.
And when you realize your worth, you’ll realize these dudes are nothing but dirt, and you were made from his rib-his side.
But you give it up so much you wonder why you always a brides maid and never a bride.
The best thing about you is in between your ears not your thighs.
But you still think you gotta give it up fast, girl you don’t know you got way too much class, and if you keep your head in the game I promise you goin pass.
These girls are real quick to say I just want to hear him say ‘I love you’.
But what’s more rare and meaningful is a dude that’ll say ‘I’ll wait for you’.
But we don’t hear that, we don’t see that, and the boys that do say that don’t get “that” anyway.
So we girls we just look the other way, and when they do try and talk to us we just say
‘Umm have a nice day.’ How shameful. Our generation aint got nothing at stack.
And seeing a virgin is rare like an uncooked steak, and when you do see one all you want to do is hate.
Making up lies saying she’s a hoe and she goes down low, well I do get low and I do put it down in the studio for you to hear lyrics like this to make a fool of you.
So I’ma stays single to the flesh but I’ma be one with him, and if you don’t like it you don’t have to buy it. I’ve already been purchased by Him.
I don’t know about you but I’m a human being. I’m not a squirrel. I’m worth more that chasing after a nut. And when the right one comes I’ll know it’s because of God and not because of luck.
So you can keep doing what you’re doing and spreading what you’re spreading, I mean I think there’s a chance for hoes to get into heaven…so I’m guessing.
If you don’t like it, you can change it; just remember it’s what you make it. And if you still don’t like it then okay, just don’t hate the player- Just get out the game.