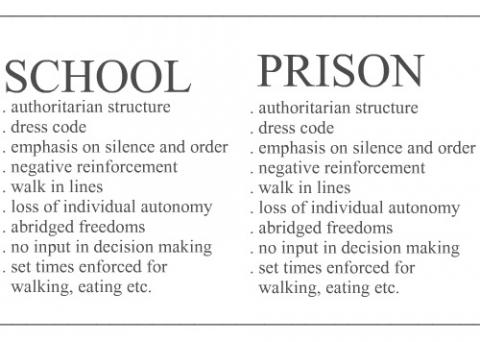 The Beatles once said, you need to change your mind instead
Rather than revolution, changing the institution, rewriting the constitution.
But I’ve made up my mind,
And I don’t have any more time
Been sittin and waitin all these years
And now I find-- I’ve wasted my time.
Cause the system says no child left behind
But here I am— left behind—
My talents get no attention, cause by law I’m the same as the population
Just sittin, biding time, wasting time, letting my mind—
Rot.

This education that you say the schools are given
Makes me think, maybe, there is something wrong with the system
Cause after thirteen years, and a million tears,
I’ve learned as much as one good tutoring year.
That’s American History and land surface geography,
Talking geometry, psychology, and philosophy,
I mean really, what did I learn, that I couldn’t have learn all by myself

And I’m not ragging on the teachers, no they try their best
Beatin on a current, a wave, upstream, saving the rest
Of us.
It’s this American ideal, that seems so unreal
Putting kids of age together rather than kids of equal pace together?
I mean, is this American, a place for the free, where, just me, I can make to the top?
Or is this a place where we hold the talented, wait for the others, give everyone an equal wage?
Think about now, I’m not asking to damn the failures, I’m asking we separate the grades
Separate the grades so that our peers can help us grow,
Grow and we know that those around us have the same interests
Where the chess plays chess and the tests go right along with the best—
Scores.

Look at it this way; you think our school systems came from Aristotle?
You think schooling means education; let me spin you for a while,
Cause guess what: the modern school system came from Prussia
A place for the military, the obedient soldiers,
This place not for the student, go ahead and look it up.
Men with guns, not thinkers with pens
Men who marched to the beat of the same drum,
And, yet, with this same school system we try to teach individualism
Can you see now, why I argue so lovingly?
Aristotle started what he called an Academy,
A place for men to sit and talk logically
Argue rationally
Whole-heartedly.
No ridged structure, no hierarchy, just everyone understanding, believing, in education
So, yes, we need a new institution, if we want pure revelation,
Where knowledge will seep from the minds
A beautiful realization, kids with newly found determination.

And this, only found, if you change your own mind
Come up with a new theory
Rewrite the constitution, and begin a revolution.