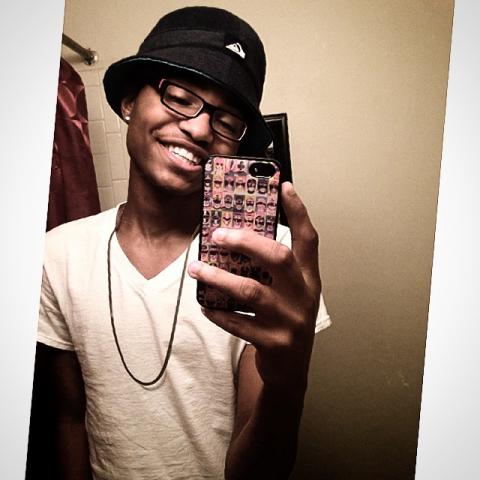 *sings* Never really had it rough; I grew up in the suburbs, raised right by my mama and I love her. I was provided for, I was cared for, I was taught right from wrong. Got the blessing of a voice learned how to make it strong.

*stops singing* But let me explain my struggle.

Hey dad its this girl I like at school, I want to get her number but I don't know how. Can you help me?

Dad I want to play ball like you do, can you teach me some moves?

Hey dad can you listen to this song I just made?

Hey dad can I let you hear this new poem?

Hey dad can you sing this song with me because I know you can sing too?

Broken down adolescent with the blues because his daddy flew to Heaven and left him on this Earth without any kind of clue to as if he really loved him. Even though its told to him through others its hard for him to believe its true.

Because you weren't around when I needed you. You weren't around like being not around was cool. Where were you when I was getting in trouble at school?! Where were you when I was lost, when everything was dark, and I just needed a friend?! I mean mom was there, but young women just don't go through the same things as young men. I swear I needed you, I did.

The advice she gave me just didn't click and I won't forget all the times I treated girls wrong, and I blame you because I was only a kid; Mama never told me the consequences, I used lines so clever it would shake chores like hearing your bestest friend just got the death sentence. I would play so many games that wouldn't even finish, asking for just one to last long wasn't even worth the wishing. Always told there were plenty in the sea but I got used to using a net instead of a pole when it came to fishing. Get it?

Different state, no phone call, no directions, maybe a visit, maybe two; But memory fades as one grows old, and knowledge becomes power, but you never did pass any to me so when it comes to you, I am weak.

On the outside I stand tall, but on the inside because of you, the only standing I can do is on my knees.

Its like we started in a car on the road in pitch black and you told me to drive, but then you left my side, and I couldn't even figure out how to turn on the headlights.

Man its so not right how you've done me. I've called since you left... Every time it feels like an angel reads me your voice message telling me you can't be there.

But what in this already teen killing world could make these kind of wounds fair? I mean, I cry when I think of you, and I just can't figure out why my heart aches like this. Its been what eight, no nine years since you passed, and I just can't get your face from out of my past. It feels like i've been struck with lightening when you enter my thoughts. My mind stops, and my heart drops. And at that time I feel different, like I'm just not me. Never did I think that on a day like this, that I would be wrtiting this, and still have that little boy who lost his father insdie of me. I just, I mean, like, I know you're watching, and I appreciate it. Hope i'm making you proud. Proving that i'm worth your love. Because no matter how mad you've made me, I'm still your little boy, and you're my guardian angel up above. Rest in peace.

57 reads for this poem