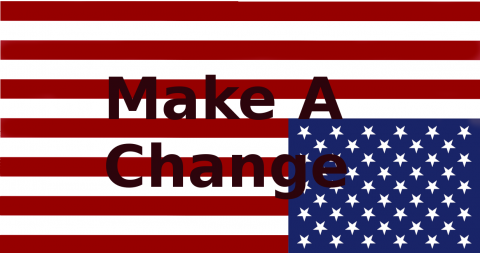 To our country's fathers I write,
for my father and many others: My country or is it?
Land of the free? Bullshit.
This is no country to me.
This is no land of the free.
The 'free' here feel contained.
Everything wild, they want to tame.
The laws can go on for miles,
and 1 of 3 have a criminal file.
U.S. has the highest inmate population,
so it doesn't look 'great' for my generation.
But the laws aren't the only bars,
Certainly not, not by far.
We are caged by color, gender, belief, and age.
Caged by ignorance, drugs, greed, and rage.
We are trapped by things we cannot see,
Strings pulled from Washington, DC.
Such a lack of clarity,
in this land of insincerity.
Like we're in debt, but we're rich.
Like we've got the guns, but which side is which?
Our government says trust in me,
but spends our tax dollars cutting down trees.
So it's obvious we're not free,
but what about just, as we claim to be?
Say 'just' to the children's names on the gravestones,
who's innocent lives were stolen because of our war zone.
Their families left to cry alone,
but our lives are on our smartphones?
Maybe we're just for the people that fit,
not for those overseas who need it.
We are called 'the police' worldwide,
So shouldn't justice be something we provide?
So we're not just, let's move on.
What about equality? Is it here or is it gone?
Let's ask the Muslim who sought refuge,
but wasn't granted because our arrogance is to 'huge'.
Or the Hispanic? What do they have to say?
Even with college, they work on the railway.
What about the black man who was shot for his skin?
Unarmed but dangerous, he was only a kid.
How about the woman who couldn't escape?
And the men who told her 'it's just rape'.
The Christians who stand for their faith,
but ends up with spit on their face.
Or the Native American who of his heritage is proud,
but by the white man is pushed to the ground.
Equality is subjective like everything these days,
but what about environment? Why's that delayed?
Just like it all, greed overrules,
Environmentalism is just for us 'hippie fools'.
But is it really? It's everyone's planet.
So shouldn't we all be an advocate.
But money says not, and government listens.
Coal is cheaper and gold glistens.
So let's dig it up and destroy our soil.
Let's burn our coal 'til we start to boil.
Let's over fish our oceans, is that the way?
Destroy until our final day.
So greed speaks and our planet suffers,
between us and our world there is no buffer.
So back to the question is this my country,
Yes it is, it will always be.
That's why I'll stand to point out the flaws.
They need to be fixed and I'll fight for that cause.
But to our forefathers I ask,
Is this the country that you planned, hidden behind many masks?It's probably not, so we cover that up.Drink from a different cup.Drink from the cup that says the good things about us.Access to education, books, and a bus.Free enterprise, that one's true.You have a right to business thanks to red, white, and blue.Although we complain about our safety,Most of us can walk the streets without having to flee.Technology is booming and advancements are made,Foreign countries are more involved in trade.Democracy's not totally faded,Each person has the right to vote unpersuaded.Forefathers, answer me this,Do you think the discription 'great' is a hit or a miss?Personally I'd say it's off,Because we've not yet reached the payoff.The payoff is when all people unite,Unite in peace, not to fight.When humanity is real,We can start to heal.When our resources are sustainable,Is when the payoff is attainable.So to our forefather I write,Can you help make us great?I hope I live to see that date.

Poetry Slam:
America the Great?! Scholarship Slam - CLOSED
This poem is about:
My country
Our world