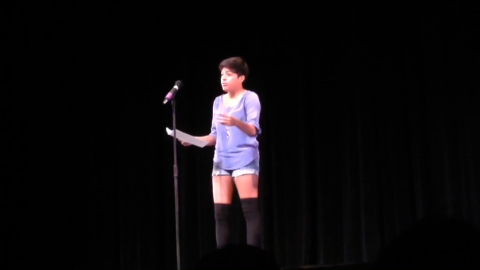 The letter placed on my birth certificate indicating that I was born with a vagina.

That I would grow breasts at the age of ten and three years later I would be curling up in bed with tea, Midol, and Netflix,
because cramps,
are an added feature to my Avril Lavigne phase.

Middle school, was not good on anyone.

To the billboards and magazines plastered all around… saying

I don’t think my DNA got the memo.

And looking back at it,
I should’ve taken that tea with sugar,
Instead of sweet n low

But now I gotta look at the bright side of life
Because since I am no longer a woman,
I won’t be catcalled on the side
Or be spending 50 dollars on bras
And not have to deal with tampons and pads
and I should probably start changing my sex in job applications
So that I can start earning a dollar to every “real” woman’s 77 cents

But I guess now that I’m not a woman,
My form of birth control won’t be questioned in congress,
because it’s always best to shame the one being shot,
than taking care of the one doing the shooting
and my voice
will finally be heard
in work meetings
and at church

It turns out
That somewhere in there,
the letter F turned into Failure
A malfunction
A freak of nature
My body never knew
It was supposed to be made out of play-doh

Because it’s 2015 and people are still trying to classify my gender
by the fullness of my breasts
Rather than the fullness of my brain,
By how my waist dips
Rather than the words traveling past my lips
And I hear that guys don’t like to cuddle a stick
Well where were those guys when I was 10 inches bigger,
Crying on the bathroom floor
Praying to God that I would finally be beautiful enough?!

I guess… I just wasn’t the right kind of curvy.

But instead of listening to Cosmopolitan on "how to lose 25 pounds fast!"
I decided to purge the hatred out of me,
I fed myself with my own ambitions, and compliments, that molded a tiny body that cannot be stopped

And if you won't listen to me
Then listen to Queen Bey
when she says that Pretty Hurts
Because bigger women are told they are brave to be proud of their size,
As if they’re soldiers preparing for battle deep within their minds
while smaller women are stick figures that blend into the sides,
Well how about when we die?
we're all just skeletons inside and we will rot,
But before I do that,
let me make my mark
With all my flesh, and bone, ambitions and drive
That make me- a real woman