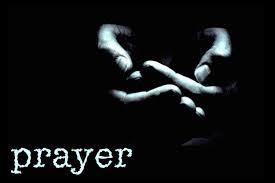 Don't judge me because everyone sin and nobody’s perfect

Talking about sin... that's what i committed

Yes, I took my eyes off of Jesus

But I will be okay he know where my heart is

Approached me with the slick talk, head low, eyes up creeping down low

Undressing me with his eyes as I speak

But what you didn’t know is that I'm a daughter of doctors, a college student getting her PhD

The steamy and lustful thing that everyone makes expectable

I don't know where my mind was, or how his hands met my skin

Ready... that was even the word

His spoke his language, flirted a little, kissed a little, and then took my hand and lead into the direction I have never went with a guy

The door, his car, and then his house

I put myself into a situation that led to sin, and that night sin played my alter ego

Blazing looks I never knew I could give

I had the body of a video vixen, the attitude of a bad bitch, and the mind of a Christian

Taking every step toward his door, walking in looking both ways before I entered

One thing led to another... and now I am lying on my back wrapped in sheets I didn't knew the color of

Lying next to a man that's not even my husband

I looked over twice and got up

Grabbed my clothes, and started to walk the trails of a woman that had a one night stance

I started to run, hoping that my sin would catch up to me

BOWWW!!!! My other knee clasping toward the ground

Then it started to raining, I looked up and said wash my sin away

I slivered my way into the church, making my presents known to my father

God I'm sorry I screamed inside, but that wasn’t enough

I prayed, I cried, I studied the bible, but that wasn’t enough

God, I know I messed up and God I need you, still not enough

But then I looked up and I seen a ghost

No that wasn't him, so I ignored him

I looked to my right then left and continued my prayer.

But the hell I was going though had gotten even worse

My parents died, I got evicted from my house, and the name my parents gave me wasn't Amanda anymore it was... Ayyyee yo hoeee come heere.

That night when I decided to take my eyes off of Jesus was the worse decision of my life.

I started to sink so low and before I went under I cried... Lord save me.

And immediately he reached out his hand and caught me. “You of little faith,” he said, “why did you doubt?”

I started to thank him and love him with all my heart.

The stormed stopped ....after that I never took my eyes off of him ever again

God will take you through certain things that would make you want to test your faith...

Realize that God won't put more on you than you can bear; he is with you through every step of the way, but just be careful where you step and don't test your faith

54 reads for this poem