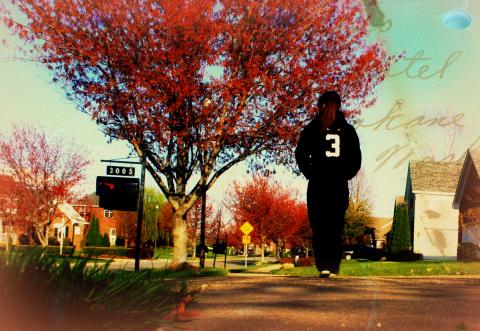 She had the whole world at her feet.

She even had friends all over the place

But at night she still didn't get any sleep

It was as if she was her own enemy

Always putting herself down to benefit others

She gave the people what they wanted

Instead of the simple things she asked of herself

She could be anything in the world

She could go anywhere she pleased

But she was truly her own enemy.

And pepping herself up

Only to later bring her tumbling down

She's a fighter to the people closest to her

And she's just a mess with a pretty smile to the rest of the world.

For a long time all she's wanted to do

is be able to smile not just on her face

but in her heart as well.

How does something broken fix itself?

So she depends on the affection of others.

But in her mind they do.

Laughing at her when she falls.

Sharing negative comments back and forth to one another

Telling herself no one understands her or even cares

And hoping that maybe they'll prove her wrong.

She goes out of her way to speak to no one

On top of telling herself these words and soon . . .

But the worst of it is that people aren't her enemy,

Her enemy is herself.

Losing sight of her dreams and purpose.

That is what she does to herself.

Blaming the world and it's inhabitants,

while yes it is a struggle living among such sinful creatures,

we can not automatically give them full responsibility for our own issues and actions.

We are responsible for what we say, do, feel, and think.

If we want to stay motivated,

if we want to stay on a path more loving, more peacful, more full of joy,

We've got to put ourselves there.

Not get caught up in the way of the world.

Oh and it's not easy,

Never letting the thought of giving up enter our mind

it begins to spread.

We begin thinking about giving up on everything and eventually we do.

Living in a world,

Trying to figure out her own life,

That way I can live it to the fullest,

And so should everyone else.

15 reads for this poem