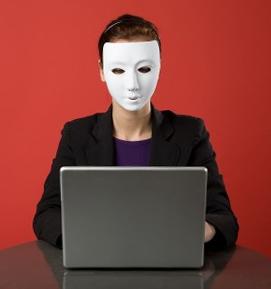 Today people are concerned with falsified images they create a fantasy world where they are king and their followers are their supposed friends. Where acts of friendship are not hugs, but rather “likes”. They reach out hoping for acceptance. I know because I am here. I am one of the generation of touch screens, not personal touches. What filter should I try on today so people can’t see the blemishes on my face? Time to put on a mask of makeup and a smile to cover up the drudgery of everyday life. People don’t put their scars on display. Instead they pretend. They take pride in concealing. I’m not proud of my #filter but today I say I’m going to stop. How did I let myself get this way? So obsessed with what others say and caught up in this game we all play.

2004, Age 8 walking down the halls of my elementary school not a care in the world I’m happy. Then a boy with hair a bit like a premature afro and basketball shoes says to me something I cannot quite piece together in exactness in my mind but he called me fat. I was not fat. But how was I to know I was so young that my brain, still developing, hears words, piercing words, it changes the way you think like a politician places bias commercials onto the television screen, scar one.

2006, Age 10 on the brink before middle school I let slip in the recesses of my mind the time he called me fat but as Freud may say I pushed it into the recesses of my mind to spoil like milk but I just can’t tell where the smell is coming from, it’s hidden. Life gets darker, sadder, and harder as you grow up and I realized this at the ripe old age of 10. It was my first experience with death. It pushes you to the breaking point, not sure what tomorrow holds you hold onto things a little longer, a little stronger, not to forget you grip things not wanting to let go but maybe letting go is easier. Who knows.

2008, Age 12 the models popping out on the TV screens I wonder why the world isn’t a walking fashion show. But I wonder if it was, if I’d even get the chance to walk. Images would flash on the TV screens, size two actresses, airbrushed makeup hiding a face you’d hardly recognize, but how is a 12 year old supposed to know. I just figured every woman is perfectly engineered to be a porcelain doll. Age 12 I started wearing makeup.

2009, Age 13 I broke up with food, we grew apart and I can’t know why maybe it was something I said but suddenly I couldn’t look at it the same anymore. At age 13, I wasn’t healthy anymore, physically and mentally I wasn’t the same anymore. But I’m not the kind of person who can stand there and watch all this happen and not do something about it, I changed it, long days and long nights talking on end, thinking on end, fixing till the end.

2012, Age 16 he told me I was pretty. Showering with compliments, overdosed on affection and he meant it. Or at least I’m confident he did. And I think that was when I started to think maybe this self-stabbing knife, this crutch I carry around isn’t really worth it anymore. I see worth. I see beauty. I see differently.

2014, Age 18 I reflect on how my eyes now see with a better light, I have corrective lenses to repair a shattered brain I see myself. God gave me and eye transplant as a gift to my brain. I look in a mirror and it’s not just a distortion of reality anymore, it’s simply a reflection. A wise man tells me that brain and body are connected, wired like an intricate machine but very fickle. I suppose I had a simple malfunction but these things are not permanent, you can be an advocate for yourself and I was. And I say to you, if you are struggling with the way you feel you are viewed, it lies more within you. Because society makes you see who you seem to be, not who you are. Makes you jealous of what others are, but not who you are. And if you spend your time comparing, one person to another you might never understand the purpose and value of you.

My #nofilter is one with no lies. It’s one with hard times, but that is true with all lives. My #nofilter is Age 18: self-love mastered but the reality is, I still feel the need to use a filter. Maybe it’s because everyone else feels the need, but I’m not going to throw away any progress I’ve made just to get an artificial fan base. By sharing this poem I am showing my not so glamorous self #nofilter. Don’t be afraid to show your true colors because those who really matter will love them far more than you can imagine. You find that the lists of things you don’t like about yourself is the list of things they find amazing about you. And they don’t need a filter to look at you with adoration, their heart is the ultimate filter and you are in the best lighting possible and there are no flaws in their eyes.

Poetry Slam:
#NoFilter Scholarship Slam - CLOSED
This poem is about:
Me
My community
My country
Our world

85 reads for this poem