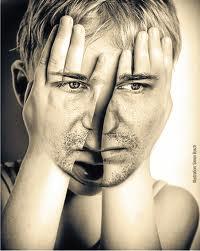 Scratching pencils border along the lines
Driving me to prepare for the world
We prepare for futures times
That have yet to meet our eyes
Can the screaming chalk against the board
hear that student as he tells his lies.
"Yes I am fine, I tripped on the shore
of my sandy lake house
where I am at home"

I watched as he told this lie
and another and another
To his teacher who accepted it
as truth.
But truth never did enter his eye
when he told all that he had never done.
"It was my pet who made these scratches.
Accidents do happen."

Not to him they don't.
But the teacher never realized
That my friend was suffering
I don't blame her for a lying
student did not become from one so prized.
"These bruises? No, I like to play sports"
Those bruises, he never played sports.

I would have told had I known.
I could have told that is what I know.
I should have told, but I didn't
"How could you know?" you ask me now.
"He was my brother," I reply.
And then the bruises tip off your eye.