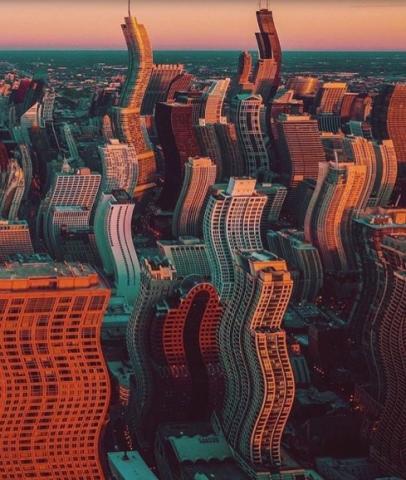 Once upon a time, there was a teenaged girl on a vacation with her sister, mother, and father.

After running out of data and battery, Alice's iPhone needed a charger.

After all, how was she going to share pictures of her at the New York Harbor?

Too engaged with the scenery, her family didn't notice Alice's departure.

Alice not knowing the city was lost for over an hour.

She wandered through Manhattan and saw the good, the bad, and the sour.

Amazed by the street culture, Alice stopped at every street stand.

One had colorful drinks said to give you "power"

But she shouldn't have trusted anything coming from a sketchy man.

A guy was selling "happy" snacks that she quickly devoured.

About half an hour later she could barely stand.

She found a corner and began to cower.

One was genuinely concerned while the other considered committing sin.

The men were friendly and introduced themselves with Jerry and Ben.

Ben looked civil while Jerry looked like he should be investigated by policemen.

The men offered to take her around the city to find her family if that’s what she would need.

But she politely declined and around the city she decided to proceed.

Intrigued by an interesting smell, she stopped and smelled.

A man named John said, "you like that? Babygirl it's called weed!"

Alice went to the man and inquired by starting off saying, "well…"

Walking away, Alice goes to a cute little restaurant solely for tea.

Upon her entrance, she meets interesting people whose names were Terry, Marquise, and Bree.

They sing an interesting song called, "Happy Un-Birthday to Me"

Alice thought to herself, "this is why no one is here besides me."

After the song was over Alice decided to flee.

Making her way back to the harbor she saw the sun setting at dawn.

She wasn't shocked to see that her family had gone.

She decided to go back to the place she originally left them.

She sat down next to a wall and her eyes lit up as if she had seen a beautiful gem.

On the wall opposite of her was an outlet to put in her charger.

She shook her head realizing there was an outlet if only she had looked farther.

Still lost and with her family to find,

Alice received a text from her mother saying "where are you?"

Alice looked up, saw her family, and with happiness and relief combined,

Ran up to her family who asked her why her clothes smell of pine and breath of wine.

She took a deep breath and began to tell them why.

She began to tell them what happened,

A story that chronicled Alice in Manhattan.