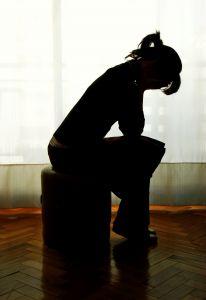 There are some things girls just didn't know they didn't want to know.

Like the way you didn't know you didn't want to know what your parents were doing while you were sleeping Christmas Eve.

Or how you didn't know you didn't want to know that so called "exciting trip" your teacher has been promising you.

But instead of groaning with boredom or scowling with disgust as you run away screaming, some things leave girls wondering:

Should I be upset or am I just PMSing?

So girls, here's a list of things we've realized we didn't know we didn't want to know too late.

Now guys we know we aren't the only girl you talk to, and what's so wrong with a little "LOL Winky Face [ ;) ]" I don't know. But isn't that what you use to do for us before we became yours? Nah it's innocent- Hey Boooooys~ *wink*

Number Two; He doesn't talk about you.

Why do we always as this question, Ladies? Letting this fantasy of a man who loves to talk about us to every guy and girl around manifest and give birth to maggots. Beating through our head like a heartbeat in a tumor. For the hundredth time the answer is NOOOOOOOOOO. Oh wait. I mean, "Not Really" Right Fellas?

Save yourself the trouble, don't go looking.

Number Four; When he is with "The Guys" he will talk about other girls.

It's just a fact. I mean look at that ass!

Number Five; There will always be another girl who is flirting with him.

Number Six; Those girls who flirt with him? Yeah, he let's them call him Honey, Babe, Darling and Love. They aren't reserved for you.But Lord know you better not hear her say it!

Number Seven; He calls other girls hot and beautiful, maybe even hotter than you.

Now isn't that a blow? Yeah, I know. Guess you guys can argue that they are and so is every woman but what happened to that cliche you always say? "You're the only beautiful woman I see."?

Number Eight; You know all those lines he says especially for you, that make you feel like his one and only?

That's exactly that they are: Lines. I think I prefer the corny pick up lines. "Hey Baby, did it hurt when you fell from heaven?"

Number Nine; Now this one we knew from the very beginning but once you think about it long and hard it seems to just fuck your mind literally.

You're not his first girlfriend. And some might say you're not going to be his last either.

And Number Ten; Don't you agree it was so much better when you were blissfully ignorant.

Wise before your years...we need to talk. I'm the same way lol