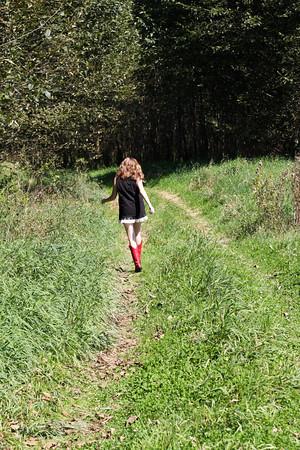 When your teacher tells you your skirt is too short

or your top is too low

that when you walk into math class,

the reason your raised hand is getting ignored

isn't 'cause you're stupid,

it's because he can't handle it,

that you can do better

that you're wasting their time

that you're losing control

and you know that they're right,

but you're scared to try because you don't know how anymore

and you would rather plan on not impressing them

I'll try harder, I never meant to do that, I guess I just forgot

not to turn it in early

and your mother sees you did the project early

and sends it to the front office

nothing and cry into your sweater sleeves

how much they believe in you

and they teach you to be confident

when they say "the most enthusiastic student I have ever seen"

you don't say "I trust you more than anyone at this school, including my friends." you say

And you walk away.

92 reads for this poem