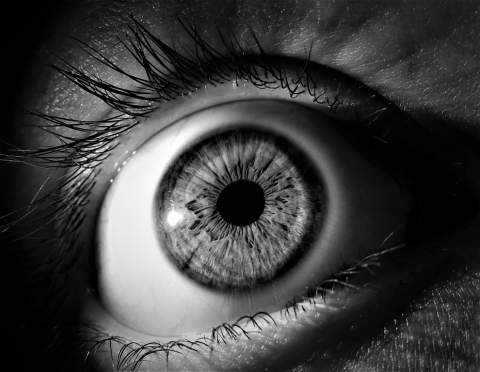 The eyes grew larger at the sight
That could, a grown man, fill with fright.
The eyes nearly bulged out their head
While spying upon the walking dead.

The eyes, nearly a blood vessel broke
From staring widely, while bespoke
This terror from another land
Which once alive, had since been damned.

The eyes they spied a ghostly sight.
A stranger walking through the night.
And though danger could soon befall,
The eyes remained staring, in awe.

The eyes recording what could be
The last and final sight they'd see
Of such a terror, one could know
A ghoulish and demonic show.

21 reads for this poem