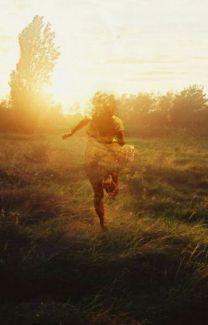 Run
Let you feet kiss the dust as you escape from everyday struggles.
Hopping when you hide nothing retrace the step to haunt you .
Running from a world that surrounds you.
Wanting every move to fade and disappeared so people can't see. Something unrecognizable was me.
Hiding from the spot light and all of the responsibility just to break free from the Girl everyone knew.
Just wanting to be something that left you without a clue but to run so fast that my shadow jumps out in front of me.
Trying to invaded all of my privacy as I put on a mask.
Covering up open whom and scares that bleed among the seems.
Try to break mirrors so my reflection did see. Running away so fast dreaming if someone could hide me...
running the streets Letting my ego fall between the cracks embrace true colors and unveil the true facts...
no more opinions let along  bright ideas that tried to complete me as a person.
A label that said the Girl I had to be.
Chasing the person that woke up and facing the one that stained at me . Convincing myself that it all was my  imagination.
A fake person that was created on thing it once seen.
To greet a beast that fear the sight of the destiny of a cricket road that demanded you to walk straight.
To break and explore like the flames of the boiling lava that was pushed to the point of destruction to be the cause of such brutal pain that turn me black and blue.
Lost with no words but one last thing possibly to do is to
RUN!!!
What are you running from that you wanna hide.
What ever it is always follows behind !!...
maybe they won't notice, or never say but they start to remember it all every single day .
The scrapes and bruises that you tried to erase try to forget which brings you back to the same place .
When are you going to have the balls to face what you avoid to see .what are you running from. Which become something again.
Screaming and shouting cries all inside making it seem all perfect inside as you become a dumb ass lie.
When will you partaking the monster that rumble inside.
FACE IT BABY GIRL IT'S TIME FOR YOU TO STOP RUNNING AND STAND UP AND DEMAND THE REAL IMANI.
WHEN WILL SHE HAVE THE ABILITY TO STAND AGAIN..
IT'S STARTS WHEN YOU STOP RUNNING ...
This poem is about:
Me
My family
My community
My country
Our world

THE ONE THING WE DO WHEN WE ARE SCARED IS RUN... WE RUN BEFORE WE EVEN SEE WHAT COMES OUT IN FRONT OF US.. WE RUN BECAUSE WE TRY TO PROTECT OURSELVES. BUT SOMETIME WE RUN FROM OUR PROBLEMS AND OUR EVERYDAY LIVES. BUT WHEN WILL WE BE ABLE TO KNOW OUR ABILITY OF BRAVERY IF YOU KEEP RUNNING....