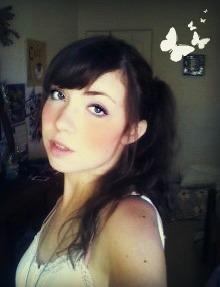 She let her heavy eyes sink closed as the salty ocean air washed over her, enveloping her in it's cool embrace.
With each breath, the darkness inside of her melted away. But just as quickly as it left, it returned, crawling it's
way up her throat, through her lungs, stealing away the last bit of hope she held onto. She jolted awake, suddenly.
She was not going to let those nightmares haunt her again. With a sudden spontaneous desire, she reached
for her pen and notebook. The only way to get rid of these feelings was through battle. A battle in which her
only weapons were a simple pen and a blank sheet of paper. Words began tumbling out in dark ink, filling up th
previously empty space. Words of joy, words of despair, and words that inspired something new to stir deep inside the
writer's heart. She lifts up her pen, and glances at her work, but only for an instant. A ray of light pierces through the
gloomy clouds, illuminating her soul, healing wounds too deep to see. She knows that at last, the battle has ended.
She has triumphed. The war within has been won.

85 reads for this poem