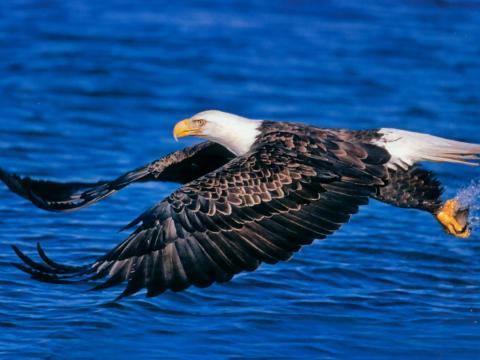 A beauty with wings and beady eyes flying higher than Everest

It's ego soaring with every flap as it gains momentum

Shooting past upwind and clouds it defiantly flies

The only thing its known, freedom

The ground and the sky, its haven and its home

Dashing between trees and uphills, it roams

Its destination, America, where it'll stand tall with its head high

Although emptiness and poverty becomes unknown

The eagle, preys, altering justice to a meaningful word, with a right and a wrong

Dignity consumes its peachy mind once the threat is gone

Grimly, it lives on