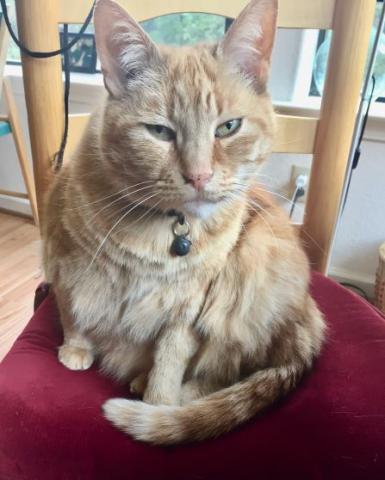 He patrols every night in complete stealth,

Checking the perimeter before settling in.

There were many concerns, least of all his health.

He would die for his mistress, every battle he would win.

She slept soundly, he hoped as he finished his rounds,

Would rise early to greet him, assured by his calm.

It was his life, a true life he loved,

Prowling his domain, keeping predators down,

Making sure she was safe, fit him like a glove.

Finding nothing amiss, only usual noises about,

This soldier of love and protection retreated.

His mistress was safe, his purrs indicated.