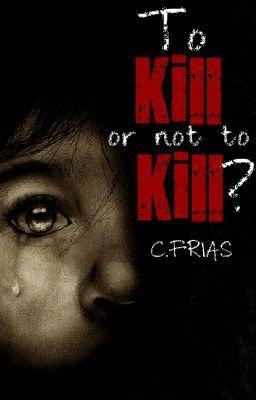 Warning: Content may be a little too graphic and contains controversial views. If you are offended, just simply exit the page. Simple as that, don't read it.

What right do we have to take a life?

An innocent life, who has done nothing wrong, except to exist.

Unfortunately, nearly half of pregnancies among American women are unintended, and four in 10 of these are terminated by abortion. 22% of all pregnancies (excluding miscarriages) end in abortion.

Abortion, the “medical procedure”, done in a “clinic” to “help” women.

Abortion, the preferred murder weapon of women who want to kill their baby, done in an abortion mill to end innocent lives.

There are so many things wrong with abortion, and the sad part is that most women who kill their babies don’t even know they are doing it; it’s a “tissue”, a “blob”.

Does a tissue have a heartbeat? (Present 18 days, when the mother is only 4 days late for her first menstrual period)

Even the way they do it is cruel.

“Pregnancy reduction”? A needle is inserted through the mother’s abdomen, into the chest and heart of fetal baby and a poison is injected to kill him/her (done if there are twins, triples, etc. or to kill a handicap baby).

D&E, or Dilatation & Evacuation method? Live dismemberment of the baby and piecemeal removal from below. The abortionist (NOT a doctor), inserts a pliers-like instrument up into the uterus, seizes a leg or other part of the body, and, with a twisting motion, tears it from the baby’s body. This is repeated again and again. The spine must be snapped, and the skull crushed to remove them. There is no anesthetic for the baby.

A more recently developed method here is the partial birth abortion, also called “brain suction” or “D&X” methods. This is like a breech delivery. The entire infant is delivered except the head. A scissors is jammed into the base of the skull, then a tube is inserted into the skull and the brain is sucked out. The now-dead infant is pulled out.

I can sugar-coat this; but I can’t. This is just the peak of the iceberg of this evil “medical procedure”.

They both are “property” of their owner (in the baby's case, his/her mother).

What is the difference?

We had a civil war, added the 13th, 14th, and 15th Amendments to the Constitution to legally grant freedom, civil rights, and voting rights.

Slavery is no more.

One the other hand, abortion is thriving and “doctors” are making lots of money on it.

What I want to say, to all the mothers out there, is that there is hope.

Don’t worry about bringing them into a cruel world or that they have no father or you just can’t afford it; look at you, your mother made her decision.

Abortion is the only business in the world that doesn't show you the picture of the product they're selling.