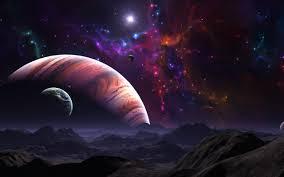 Have you ever thought about the possibility that one day the Earth will have no more food?

Certainly one day our gluten gathering gluttonous gaping pie holes will overwork our nurturing Mother-ship until her breasts are barren and continuing to suckle only leaves her crusty. Her crispy desert exterior then will no longer be able to sustain the greedy glamorous game we gave the title “Life” - performed so credulously.

Have you ever thought about what we will do then?

Certainly one day the playbook of person-hood will have to rewrite itself onto another planet. Traveling to another overwhelming orb of optimal conditions may not be out of the question when that option is the only one we are up against. Hopefully.

And, since that may be the case, have you ever thought about how many people have died trying to get to space? 18 of the 430 people who have flown in or attempted to fly to space died during the action. That's only a 4% death risk, but if we must relocate the entirety of the earth's ecological entity, that's an estimated 280 million erased, not including the deaths from the “there-is-no-food-to-eat” epidemic. And who knows what fate will follow.

Have you ever thought about what would happen if the Yellowstone Super Volcano erupted?

Certainly you would be terrified to receive a telephone call from a loved one telling you to turn on your television and take in the truism of your certain and soon death via “buried-alive-under-ash”.

Have you ever thought about your own body betraying you?

Certainly it would burden your brain to learn that your own blood has clotted your veins from your knee to your belly button, bearing the blame that you might die or lose a leg.

Has your body every hurt you so hugely that all you could happen to harbor in the hospital was the horrors of a Super Volcano eruption?

Did you then look into the face of the man sitting at your bedside and realize that you were not going to die that night?

Certainly you saw in his eyes that now was just not the right time- that life as a human comes with so much confusion since it is destined to end with a horrific conclusion, but that holding on tight to this person might be worth the fight. The end is inevitable but everything about this boy is enough to endure an apocalyptic adventure into the afterlife, rather than one under the hospital's unflattering fluorescent lights.

Have you ever thought about the fact that no matter what you do or how much you love someone there is a period at the end of your life sentence? Every single person on this planet will have a day they literally will not make it through.

I wouldn't think about that, if I were you.