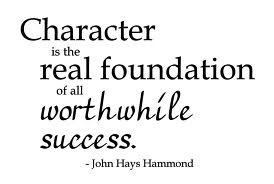 Deep within the focal point of your exterior lies character.

Character yet to be defined,

Character that has ceased to be be intertwined...

In which you might be perceived as an underachieving seed

What many push to think is the accurate presentation of personality

When in reality presentation is far from the physical human anatomy

It's the sum total of character

See character is the combination of thought, process, and vision.

Vision will portray the inner personality kept locked away...

The personality held long away

The personality that speaks the real you

Personality that exudes your true character

The character that remains free to of all limitations, where you are fearless and confident

Able to conquer and succeed, focused on the standards you set for yourself...

Visible at all times for those who are physically bound, and feel incapable of remaining true to the nature that is pure and bread through the existence of their being.

Poetry Slam:
Slam What You Will (Closed)
Guide that inspired this poem:
Step Up and Slam!