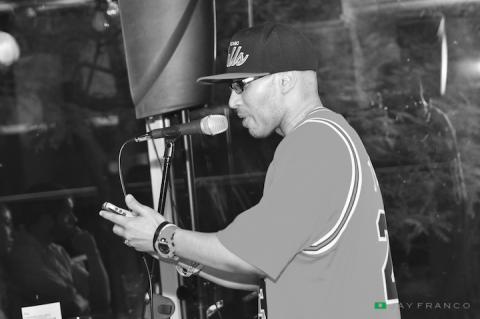 i'm so sick and tire

of the media portraying bruce jenner as heroic

what was so courageous about what he did?

a surgical transformation to an identity that falsifies his true self

he's in denial of who he really is

regardless of how much silicon boobs you add to your chest

you're not a woman

even your own mother convey that in my eyes, you're bruce jenner

thank you mom for your bravery to speak out about this sensitive, yet disturbing topic

it's amazing how many friends on facebook he accumulated , tweets received on twitter in a short period time where he didn't have to work hard for it

versus a regular person trying to mingle at a social event where people outcast an individual making one to feel lonely, which is not equivalent

julia de burgos have an avenue named after her for epitomizing the beauty of poetry in spanish harlem, not EAST HARLEM (not to be politically correct, but speaking truth) in paving the way for me to write and recite bold provoking thoughts

she also passed away

my whole point is what this goof did to deserve an avenue named after him, he's alive

you can argue with me all you want

in the bible that embodies historical facts when it clearly states that adam could never do anything without eve; that's how they multiply and carried on descendants from generation to generation

and you recently won the arthur ashe courage award

you and arthur in the same class of courage

arthur ashe was very courageous for overcoming racism when we was call a monker, a nigger, a spook

not only he did the impossible, but he won titles

he didn't take the easy way out and killed himself

he spoke about the essence of love and respect

and reminding ourselves to vote

enough, i'm done with you

i loved you, but you beat that out of me

i'm bruised, but no broken

is when a person who is stage fright

when you think about bravery

This poem is about:
Our world
Guide that inspired this poem:
Word Warriors 1: Feedback- The Poetic Kind!

i may get flagged or even backlashed for this poem, but i express my thoughts genuinely and truthfully about this subject matter

i have a right to formulate my opinions

This poem is great keep writing and don't stop expressing your opinions no matter wat anyone tells Yu and remember are,words can tear down mountains.

thank you for the support brother, appreciate your comments

poetry became a part of me expressing thought provoking ideas

there is no fear in all that i say

it's all about moving the crowd

check out my other poems i wrote

i'm definitely going to check out your latest work

i'm always checking out power poetry to support other poets, along with writing more provoking thoughts