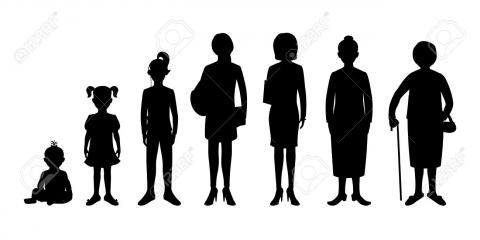 Skipping class cause I ain’t got time for this. I got too many vines to watch. Too many boys to kiss and twerk videos to make.

Next thing you know I’m in jail cause I popped one too many Mollys. And I sit and think, where is this getting me in life. This isn’t the life I had intended for me.

But it’s the life society has planted for me.

I’m too smart to be confined to a desk and chair. I have too much swag to walk up and down each set of stairs circulating from one class to the next. I’m too turnt to listen to teachers in my ear about things I don’t care to hear. Telling me this is my life now so figure it out.

It’s like handing over the reins that they’ve had control over for so long.

Next thing you know I’m 21 asking where did the time go. I will be 18 in 8 months 14 days 8 hours 25 minutes and 8,7,6,5 seconds and I’m afraid. Scared that I won’t be ready for the big world that no one has prepared me for. I’m grabbing my suit case and strutting out in an outfit that hugs me a little too tight with a shirt that’s two threads too short. Flaring legs way too long to be seen on the streets.

These are the words of a helpless teen.

In a world with so many narrow paths to choose from, it amazes me how no one can point me in the right direction. Looking like the scarecrow, leaving me at a loss of direction without my GPS. Yes, you say my generation is a little messed up. Just a little f**cked up in the head. That we are the only ones who only want to get f**cked up daily just to say we did it. Well truth be told, we didn’t make this world. We were born into it.

Just carrying the baton that was passed to us.

Walking the foundation that was already laid for us.

So don’t put this on us. Each generation after generation gets worse symphonizing destruction. This world was made collaborative but teenagers somehow are not human.

Because you’re a teenager mistakes are expected but not easily forgiven.

Because you’re a teenager resistance is expected but not always welcome.

Because you’re a teenager flaws are expected but not easily accepted.

Because you’re a teenager life is given but easily taken.

As a teenager you have a voice that’s not always heard.

The adults we so called “depend on” will take care of it for us. Babied until the magic number 18 sends off into the world and we’re no longer a concern. The reigns are handed over and a life not yet blueprinted begins. In a world so big, how does one so small survive? So we begin our journey searching for self. Clinging to anyone that’ll listen to the worry croaking in our throats. Teen clinging to teen. We feed off of each other longing for an explanation. More than just a jump start. I need more than just a kick push. So we make mistakes together Cultivating ourselves in the best way we know how. As the world looks at us sideways like we’re a different species. All because our bodies aren’t done growing. Our minds aren’t done thinking. Our hearts aren’t done loving. Our hearts aren’t done pumping the same blood “humans have.” Well this is a message from the outsiders.

We aliens are the soon to be new humans.