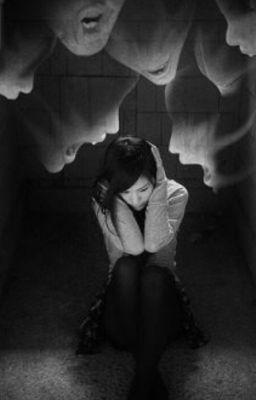 Is it the world we blame or ourselves.
Do our surrounding have an affect on us as we choose to following in the wrong footsteps How can you achieve if the person in your way is your fear of failure in yourself .
That you blame something or someone to push aside the lies that only tell the truth between the cracks of life.
Who do we point the finger at as we hide ourselves from the consequence because we played a role in it
but we still yell the Words it wasn't my fault
So who do we blame
That we let our past step in front of
the road of our lifestyle which begins to control our since of mind and our since of self having us stand in what we had no power to change.
Letting peoples decision and their  words create a person who you think you have to be
Family ain't worth nothing
everyone wants me to be..
that you wild out because you stay in control by what hurts you
We live in a world that is cowardly that people will mess up and will do anything to run away from what chasing them so they can be set free
which only locks your own self in a cage because you wonder like a wild animal
with no mercy but to be determined to kill and never think twice
To be rushes to a lesson learned to
Here this question
who was responsible
Will you remain silent and blame it  on your reflection
saying its someone who looks like you ...
making lies and all these excuses
to ask yourself who is it to blame
Not your father because he wasn't there you don't have to be like him ,
mother because she looks past you because she expects you to known it or ignores you
friends turn against you wasn't their when you needed them
boyfriend stop loving you
girlfriend stop trusting you  ,
enemy which you hated cause you angry
who is it to blame
its yourself who choose to make a decisions  to let other people decisions become your consequence
you let there actions be your reaction
So ask yourself who is to blame
yourself .... It was me
This poem is about:
Our world