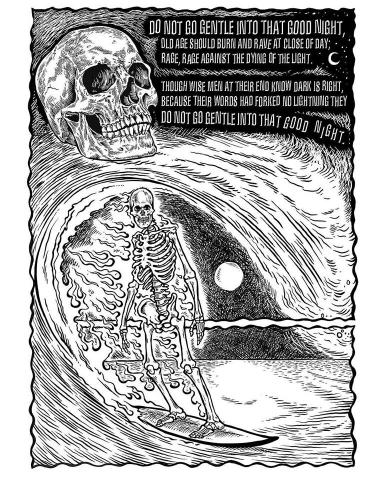 The world's number one killer

Oh it gets even past locked doors
Through the tiniest of holes and pores
And however tiny
It bodes fatality
For to many its bites
Have been lethal, fatal
And it sings freely in your ears
But like a teeny weeny vampire

Don't you undermine the miniscule, the minute
For tis a real-life miniature vampire
Tis a blood sucking brute!

And they come in hordes
Without guns or swords
This major yet tiny killer of humans
Though you might kill with a flick of your hands
Yet you could never wipe out the whole band
From the face of the earth
What with its prolific birth!
As this is one flying army here to stay
And by hook or by crook
In each and every nook
It shall share our land!

How terrible that our blood is on its main menu
My and your blood its main staple diet
So I warn you fellow humans
Save yourselves from the anopheles's bite.

thus both the harmful and harmless are breeding!

Wow, this was impressive I have to say, I never a mosquito poem before it's amazing how entertaining it turned out as well as how true.

I hope that one day every mosquito will be wiped from the earth.

Warm thanks for your feedback, yeah I write on rarer topics.

I love the unique topic you chose to write about. I also saw some of your other poetry and I’ve noticed you don’t seem to write about common topics. This unique quality you have with your writing sets you apart from many other writers and will likely take you far.

Yeah though everyone writes nice topics , here on site it seems they write according to some same prompt or contest like for this time everyone seemed to be writing on growing up.

Warmest thanks for your lovely review, take care.

Nowadays I'm unable to post my own pictures. So I choose pics even slightly related to my poem, like the skull skeleton one above.

Interesting poem, could mean many things. Lots of interpretations. Keep writing and expressing your poetic heart. Lots to think about. Hope you have lots of inspiration.

Yeah but it's about mosquitoes only though I wouldn't mind if it wr given different interpretations. Thanks so much for comment!

This is so good! I got chills reading this.

I live in Papua New Guinea and mosquitoes are everywhere. It sucks. But thank u for writing this poem and emphasizing their serial killer nature. They are more deadly than bullets

55 reads for this poem