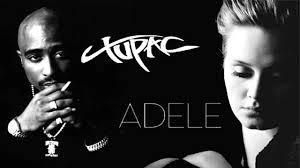 But I am not supposed to

I inherently believe you choose your fate

But it seems others believe it chooses you

And they will push you towards it

No matter how hard you belie it

I am black, six-one, from the ‘hood

And so it’s been decided

I am expected to shoot either guns or baskets

These are my only options perhaps

Im expected to be trendy and know the latest slang

the answers to these questions

I should know on the spot

on a separate venue

these two words are both contextually misogynistic

and even worse in

reflection, hypocritical, as though in contrast,

could describe the same person

but maybe I should continue)

these should be prime in my vocabulary

and nor do I say

lest I intend to throw status quo in disarray

my ipod should be filled with artists

rapping of girls rims and ecstasy

so you can see how hard it is to attain individuality

because it is constantly blocked

by such a thick wall of ignorance

I like tupac not because he claimed to be a thug

But because he spoke from the heart

And enjoyer of the arts

Sure he spoke of violence and death

But emitted the ills we all feel

Growing up in ghettos

And I enjoy adele

Because she sings unfiltered

Of her heart’s triumphs, its falls

Whatever her life’s been delivered

Uplift within the most hollow of chests

And most unfeeling eyes

A sense of empathy

Enough to dismantle the strongest guise

Is not a choice

But an obligation as a poet

To let free our inner voice

And I say what is music

besides a channel for an encaged soul

and what are ears besides freedom

if not for a moment to behold

I am black, six-one, from the ‘hood

And listen to tupac and adele