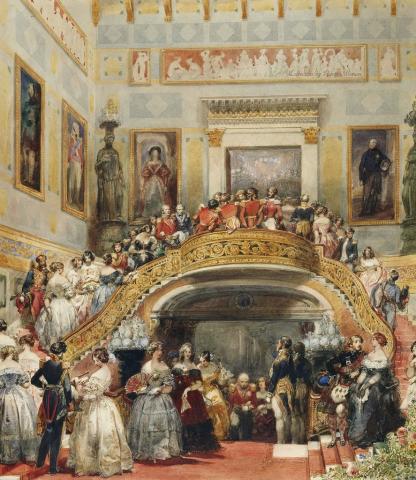 He looks intently in the shard of glass,taking note of his handsome, well formed face.He straightens, head erect, acting his class,And with debonair, walks down the staircase.The ball begins as he enters the room,He dances only with the wealthy girls.Ignoring her, as the earth to the moon,His true love, the one without gold and pearls.He knew, had always known, she was the one.But he could not, could never,  marry her-The girl who cared, before it had begun,Before he had become the wretched cur.Who had to place his duty, his honor,Before his own passions and desiresOr he would lose his birthright, his beauty,His bloodline, before the wedding transpires.He can never forsake his noble name,For this, he suffers in remorseful shame