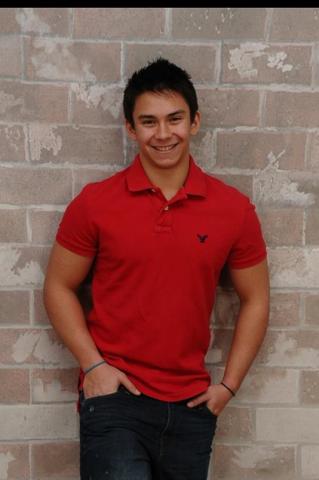 They always say just go get it done,

“I only want the best for you son.”

Is our life really going any farther?

Challenges before and challenges to come.

Where does success come from?

Something others cannot really see,

It lies beneath your skin.

Do you know where your heart has been?

Those who stick out, always stand tall.

Football ended as soon as it started.

It seems as if the team slowly departed.

Guts and glory is what they describe,

We really only lacked a strong vibe.

August was crucial to the season;

Football began to lose any reason.

The team was lost, but where to look?

The feeling of our first victory,

Week three would determine the year;

We went into this game with no fear.

As the game began to unfold,

The truth of tale was told.

We finished the year two and eight,

God only knows if it was fate.

The struggle of losing began to kick in;

They always preached to compete;

Our team kept their doubts discreet.

The captains began to lose sight.

They didn’t know wrong from right.

Underneath all the sweat and pain;

Character was only ours to gain.

We were coached to play for our team and town,

Never were we to back down.

It even meant more than the fame.

The game turned us into young men,

Even with how the season had been.

It’s played with heart and passion.

It’s played with many emotions classin.

It’s for people with dedication.

It’s for people who need no vacation.

It’s a game that’s not for every kind.

It’s a feeling you can’t describe.

It’s your body in overdrive.

I’ll never forget what my coaches did;

They believed in this young kid.

I encourage other to stay afloat.

Never jump off that boat.

The waves will be brutal day in and day out;

It’s your choice whether to give in to doubt.

I never gave up and never will,

Coach always said there is no magic pill.