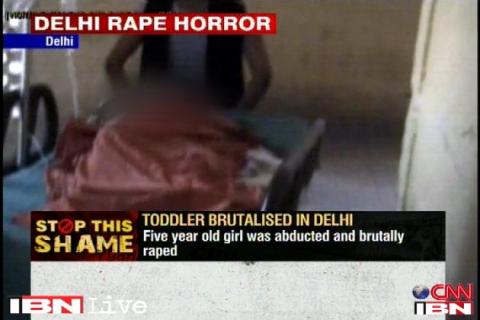 There’ll be more for us to see…”

And, here we are, with more to see…

One of the oldest civilizations,

Isn’t much civilized as yet,

Are these men? Are these human beings?

Do they belong to the same land of faith, bards and kings?

Did I not tell you?

There’ll be more of their victims,

More for us to lament on,

And, there you see,

How monstrous have they turned?

Dishonored her Fatally, out of Lust,

Quenched their thirst for feminine meat,

Corked it with a little bottle and candles,

Left her to writhe in pain, and rot,

Dishonored her Fatally, out of Lust…

Did that child know what happened?

Did she know why did they hurt her?

Did she know why did they bleed her?

Did she know the meaning of lust?

Did she know what being a woman, was all about?

Was she aware of a woman’s foremost duty?

Of a woman’s pricey obligation in this country?

Was she aware of the meaning of pleasure?

Dishonored her Fatally, out of Lust…

She follows her unsuccessful successor into the ICU,

My City Wept then,

All futile, All useless, All hopeless,

In this sea of Apathy,

We shall crave, beg for a drop of Humanity,

For now, we want to believe it or not,

We survive in a Dead Clime,

With each new dawn now,

We hear our girls and ladies cry,

Dishonored her Fatally, out of Lust,

Splashed at us, are buckets full of disgust,

As, robbed clean off its soul,

Shoved towards a shameful end,

60 reads for this poem