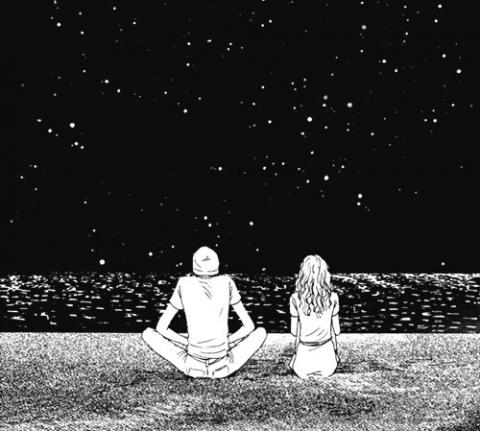 There are few things in this world of which I am absolutely sure.For instance,I know that the Earth's axis is tilted at exactly 23.439281 degrees,and that it is located approximately 93 million miles away from the sun.What I don't know,is why Shakespeare would doubt that the sun doth move

more easily than he would doubt the certainty of love,or how your smile has managed to become brighter

than the the largest star in our galaxy.I am sure that within our solar system,

we are only one of eight planets, not counting Pluto,but I am not sure why it's more simple for me to express the depth Titan

than it is for me to expresshow I feel for you.I know that the Earth's atmosphere is composed primarily of nitrogen and oxygen and water vapor,

which allows us to breath,but I still don't know why I feel myself suffocating every minute we're apart.I know that every star in the sky will eventually burn out,and I know that by the time we see them,

they'll have already died,but I still don't know how to fathom the constellations in your eyes.There are few things in this world of which I am absolutely sure,but of those few things,

I am certain that The Great Red Spot will stop raging,

Ceres will crumble, and the Sun will collapse into a black holebefore I will see you as anything less than my universe.

This poem is about:
Me
Our world
Poetry Terms Demonstrated:
Repetition

Aww, what a sweet poem. I like the contrast between science and emotion, the known and unknown.