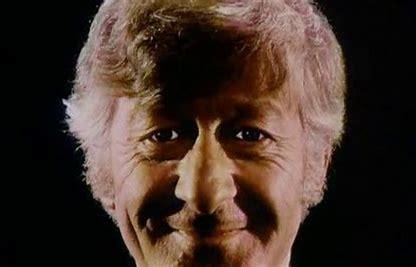 He was a British actor who died on the 20th of May.
He died in 1996, he died twenty-five years ago today.
He was an extremely talented actor and his name was Jon Pertwee.
It's hard to believe that he has been dead for a quarter of a century.
He starred as the third incarnation of the Doctor in "Doctor Who" half a century ago.
About one decade later, Pertwee starred in "Worzel Gummidge" as a dumb scarecrow.
A teacher told Jon that he'd never amount to anything as an actor but he was full of crap.
That teacher was so wrong and Pertwee should've given him a slap.
Pertwee died of a heart attack in his sleep while he was visiting the United States.
When people learned about his death, it was something that millions would hate.
Pertwee said that Worzel Gummidge was his favorite of the characters who he portrayed.
It's very sad to know that this brilliant actor has been deceased for two and a half decades.
He was in Connecticut when he passed away and his body was cremated.
When he left this earth in 1996, his friends, family and fans were devastated.