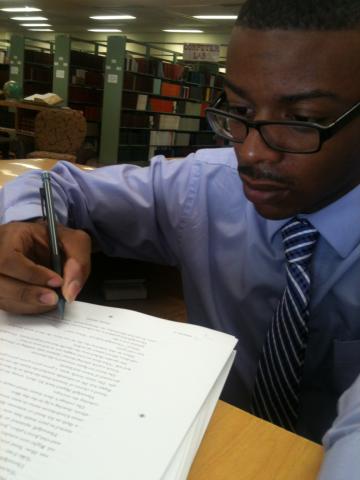 All I need is eight eighteen
To brag on my king.
He is my everything.
All my heart and my soul belong to my heavenly king.
My lyrics flow from the heart to the stage scene,
Taken from the bad scene,
Taking me away from the things I’ve seen,
And showing me things that I’ve never seen.
Since the day I took him into my heart,
Things haven’t been the same, but they’ve gotten crazy.
Hearing feeling different, vision getting hazy;
But my heart for my passion and my Father never getting lazy.
He said it in His word He would never leave me nor forsake me.
So I cling to Him like the woman whose blood was sickly.
My life ain’t the picture perfect image that I portray everyday
But I live it every day because of the glory to be revealed one day.
Every time I make a move towards the light,
I can feel the opposition trying to blind my sight,
Bringing the unnecessary, trying to tempt me with the Bloody Mary;
But I’m trying to keep my vow like the Virgin Mary.

All I need is eight eighteen
To brag on my king.
He is my everything.
All my heart and my soul belong to my heavenly king.
What’s this eight eighteen that you speak of?
It’s the verse that has me giving God my unconditional love.
My sufferings of the present day
Are not to be compared to the glory that will be revealed in the future day.
That’s the way I read Romans 8:18
Because I know my pain was orchestrated with purpose from the king.
I have my pains that I talk about from time to time;
But in the end, Father makes it better even in these indiscretions of mine.
Temptation here and temptation there and everywhere
But I’d like to say my past is retired like a used flare.
Igniting the flame that sparks inside of me because I care
About the people that said that they couldn’t bear.
I am an exhortatory of faith and mercy,
An intercessor for those that hurt me.
A lover to the Word and my enemy.
A warrior to conquering my past and overcoming defeat.

All I need is eight eighteen
To brag on my king.
He is my everything.
All my heart and my soul belong to my heavenly king.
You think that eight eighteen is just a time on my watch?
No sir, it’s universal. Don’t believe me just watch.
Romans 1:16 was the verse that got me started.
Romans 8:18 was the verse that sent my pain dearly departed.
In my Father, I found my Psalms 23.
He’s my Philippians 4:19 because He provides everything for me.
My Joshua 1:9 for the courage and leadership.
My Hebrews 11:1 when I need to hope and faith in hardship.
Who besides my Father could ever be a John 15:13?
Nobody because of what he did in John 3:16.
Matthew 6:33 made me seek after His face
And Romans 10:9 was the verse that changed my fate.
From that point I became a 2 Corinthians 5:17
And embraced my 1 Peter 2:9 because my Father made me a king.
All because of Isaiah 55:11 that brought me to his nation.
He gave me Romans 8:18 as my greatest inspiration.

All I need is eight eighteen
To brag on my king.
He is my everything.
All my heart and my soul belong to my heavenly king.