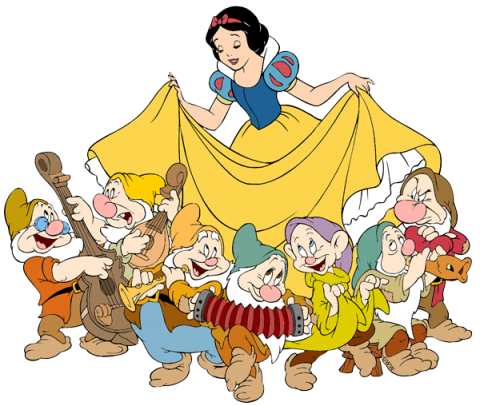 Twice upon the night

No where near the daylight

Was a knock at the eight dwarfs’ room

It was a quaint little nook

Five rocks from the brook

And was the spot where they all met their doom

The world knows about Grumpy, Bashful, and Happy

But there was an eighth dwarf the masses never knew about

And the hidden dwarf’s name was simply Pac

He was the player of the bunch

Quite full of spunk

And he always brought women to their home

And not before long,

The dwarfs' lives were all wrong

And it was all because of one special gnome

Snow White was her name

Scamming was her game

And she was full of class and grace

Every dwarf fell in love

Thought she was sent from above

And killed to feel her warm embrace

After a while Snow White promised to choose one dwarf

Who she thought was the best of the bunch

Pac, Dopey, and Grumpy bought her apples and pearls

And Sleepy even took her to lunch

Although Disney’s version speaks of the men being saviors

And focuses on visions of love

This tale ends with Snow White stealing the whole nook

And the dwarfs being left just stunned

They had fought and fussed over Snow White for months

And ended up breaking apart

They started to not speak

And they all became weak

All because of their race for Snow’s heart

Boys and girls take heed at this fable’s moral

And never forget this one thing

Men and women come and go

But know that family is the most important thing