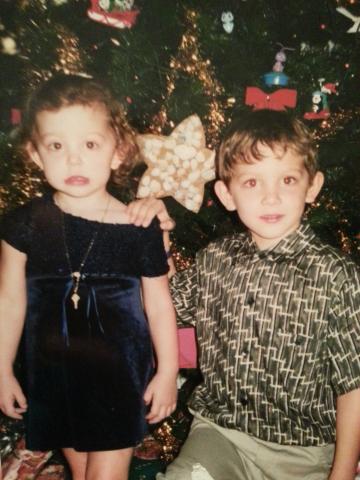 “Hey Guys! Take my picture! Did you get it? Awesome, now hashtag it, ‘No Filter’.” So what if I’m wearing makeup? I look good,

and don’t forget to add any other adjectives you can think of that’ll make it hurt less to see myself in the mirror tonight.

Anything to help but remember how I spoke ill of one companion and spilled the secret of another, even though I swore I couldn’t bring myself to do either.

The next time you meet your reflection, make sure to ask them who they are.

There will be no surprise in the silence.

But I cannot judge such a painful truth because I’m as lost as that damn duplicate.

that can only speak

when spoken to but cannot

answer anything you don’t already know.

I am the daughter

of a former paralegal

with a history of cancer,

but will try to outsmart the opponent

and of a mechanical engineer

when life gets difficult.

I have my mother’s mental instability and my father’s fear of confrontation: I am lazy, selfish, pessimistic, anxious, and I’ve quit everything I’ve ever tried.

I worried about the bills before I learned to write cursive.

I was confronted by death before I had my first kiss.

To me, my story ends there.

There is one human, however, whose opinion weighs more than any burden I’ve ever carried. He is the reason I am in school and the reason my story hasn’t already ended. When I look in the mirror, I see the girl that runs from her problems and when he looks at me, he sees the girl that runs to safety. I see someone who cries too often and he sees someone who just needs to express herself. I see a disinterested, withdrawn, antisocial mess, and he sees the girl who shares her umbrella with strangers so they can better hide from the rain.

The person I am, under baggy sweaters and skinny jeans, under CVS foundation and pencil eyeliner, under any mask I’ve ever worn, any joke I've ever told, and every filter I’ve ever applied, is a 19 year old girl with a shaky past and bright future. A girl with low self-esteem but a love that makes it seem like a ridiculous notion. I am a girl that can occasionally remove the layers and present her story. #NoFilter.

“Did you upload it? Why not? But, I look really good.”

Poetry Slam:
#NoFilter Scholarship Slam - CLOSED
This poem is about:
Me

46 reads for this poem