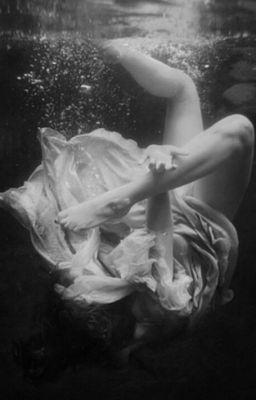 I wanted to die
Become I was left by myself so much that it  wasn't even worth it for me to live.
Having to fin for myself  that I became suck a  vacuum holding everything in that I took everything inside and tried to make seem so clean.
That when I turned to you..
you wasn't there you went against me and it wasn't fair you took those steps and  walked away..
so I took the pills so I would fade away. nobody ever knew until the day I confessed and you became so blue.
That Girl that everyone's knew died and no one every knew.
You started to cry because you felt it was  your fault that you came to  me that you wanted to be saved but the more I gave the more my breath didn't want to stay.
Through out all my emotions I never had time to break I had to be in the spot light .
Which meant Imani you needed to stay but I already stepped into the casket.
BURIED 6 FEET DEEP THAT YOU HUG THE GIRL THAT CLOSED HER EYES INTO A DEEP SLEEP ...
and awake
Unspoken and unhealed that your footsteps was the stab that made me feel so empty...
Takes all my might not to blow up steam that I tried not to bring the hell you bestowed behind me. Lost the imagination that stood still to reality that this world could live without me.
Which I lived without myself without the Girl I knew ...
so ashamed that I poured tears to run down the drawn hopping my disappointment will run along with it.
Wanting to be  raw and biter so your taste of affection will run short because one day you will dislike the same taste of me...
the person you See broken and so lost ,bind and mixed with crosses and decision I Haven't yet made ...
Watching a cold less mind run wild with rage as I try and  put that part of me to rest.
Misplaced and my only potential I had was to try my Best but for what reason for what purpose..
to be forgotten and unappreciated  to the point of No return
That the Girl which cries because something meant to be burned and to blown away
Sorry I'm just the Girl who disappear. So why should you listen to what I gotta say.
This poem is about:
Me
Our world

SOMETIMES YOU FORGET WHO YOU ARE THAT YOU STOP TRYING TO FIND YOURSELF .INSTEAD YOU RATHER JUST SEE YOURSELF DISAPPEAR

68 reads for this poem