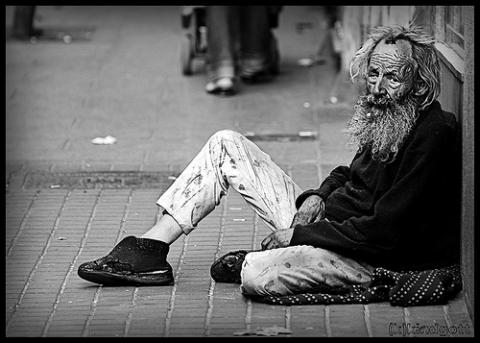 City terrain converges with the murky sky above in the dusty shade they share.

A symphony of sound permeates the humid air as machines and people hum through their daily cycles;

Black rubber wheels spinning through puddles with the hands of time.

Speeding through and past lives

like the one slumped on the edge of the sidewalk.

Clutching tight to a glass bottle half full of malt liquor

If only for a second,

revealing a human on the other end;

An equal who would look him straight in his eyes

Acknowledging him as one and the same.

How desperately the man craves that recognition.

As each generation passes on

that sparkle in their eye.

Reflected in a single glance;

The infinite crisscrossing paths of life

that lead to that one momentous glimpse;

would melt into smiles;

That of a mother gazing at her son;

A sister greeting her brother;

A grandfather reaching down to his grandson with kind words of wisdom.

Ignorant hatred would dissolve into understanding.

But the man’s mind wanders far from the truth

as his body remains veiled beneath grimy layers of torn cloth;

Tossed to the curb.

Hidden from those who wish to remain blind;

Just a casualty of apathy.

59 reads for this poem