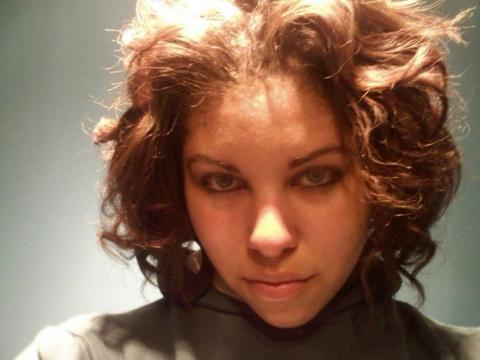 Some say it started in the 60s and yet still possesses no end.
But for Molly who frolicked in the 50s, one could argue it
Was then that it in fact began.

But does it genuinely matter if the starting date sounds right?
In 2013 we are still fighting the same fight.
Singing the same Long Black Songs, and crying the same cries.
When will we see with real eyes and realize that real lies,
Stem from those in suits, who continue to egg on a revolution
That still has yet to be televised?

Those who talked before us, marched before us, walked before
Us, sacrificed more than some of our minds can bare.
They gave up time from their day, cut dollars from their pay,
Even placed their bodies in harm’s way…all because the system
Wasn’t and STILL isn’t fair.

That vintage cotton t-shirt you’re wearing? You think it came from
The mill? Better guess again! It probably came from the hand-picked
Boles in the fields that your sharecropping relatives used to till.
Ask ya grandparents to tell you about it. Bet they will!

So how did any of this crap even come about? Thanks to Washington
And some of his boys, they damn near wiped the Native Americans
Clean out. Stole their land in return for trinkets and beads, stole food,
Women, and even spread disease, which helped solidify that Manifest
Destiny rout--- no doubt.

But that wasn’t their initial plan, for they partook in an England
Evacuation. Our forefathers sought refuge from James, the King
And founded a brand new nation. But in order to make it function
Properly, they purchased living, breathing, human property, and
Thus came the legacy of the plantation. Then along came Abe,
Who believed it to be, that all men should in fact be free, who
Later announced his historic proclamation.

So let me get this straight…Abe steps in to save the day, in his
Presidential, and regal way, assisting those displaced on
Plantations, throughout the nation, all because of his “Great
Emancipation?” And yet, in order to vote, Blacks officially need a
Piece of 1960s legislation? 2012 was the worst in years for the RIGHT
Of registration…and white people still can’t understand the frustration.

If he were alive today, I’m sure King would be content, for America is
Slowly progressing towards his dream. But aside from government
Legislation and school integration, what does the ambiguous phrase
“civil rights” truly mean? Is it pieces like the Act of ’64 that make us
Relate? Or is it other milestones like the election of ’08? Has it simply
Become a phrase that everybody knows, and over time, will it
Eventually…decompose?

Regardless, it is thanks to those who came before, who unlocked
Deadbolts and kicked down doors, so that we today may enjoy
And bask in our freedoms over a century later. If we continue at
This rate who knows, America may in time be that much greater.
So this one is for you, Dr. King, Mr. Little, Mr. DuBois, BTDubs,
And Mrs. Parks. We wish you all were still here to see that
Separate but equal, and its accomplice Jim Crow have both died
And gone, but there is still much to discuss. No more waiting
To go dead last, no more refusal to serve, and no more sitting at
The back of the bus. For we didn’t land on Plymouth Rock.
Plymouth Rock landed on us!

"True intelligence operates silently. Stillness is where creativity and solutions to problems are found."