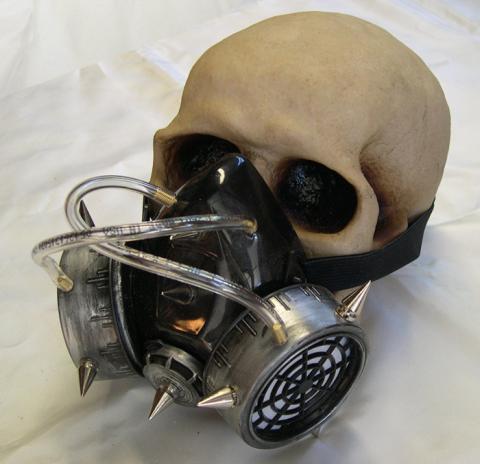 Actinic gargles and burps from laboratories,

Their chimneys smoking out lethal heat,

Lashing the winds with acidic whips,

Green enough to melt your meat,

Choke you to the ground, off your feet,

Have you wriggling like a worm on your sheet,

Flying through a maze of Holy steeples,

All set to fold their wings, breathe afresh, then spray decay,

Drop ammunition saved from conquests in the Gulf, coconuts glass-shelled,

To block all your holes,

To unfasten last grips on poles,

Down to the dust, all shall mourn ceasing heart beats,

Will squeeze triggers, summon the scourge,

Join in as martyrs for accolades from Eden, then white celestial fun,

Blood for justice, blood for rebellion,

Carefree of an entire generation slipping into oblivion,

The Demons of Death shall be further, allured,

Unaware of the incoming peril, scientifically planned by the Devil,

On this land that once, shone as Umayyad’s throne, no one might ever get cured,

Toxic bubbles blown into the crowd, out of their tentacles,

Will glaciate your lungs, burn your nipples and rot your testicles,

Boils will grow out of your skin, and then burst,

You’ll cripple, you’ll stumble for your limbs shall crumble,

In a flash, your bones will be powdered; your mettle shall rust,

Laughter shall echo from the President’s chair,

Time for Syrian maids and lads to round up in lines,

To poke out their noses, follow the chemical smell,

Fall into queues to the gateways of Heaven and Hell…

(Based on the possibilities of a chemical touch to the prevailing warfare in Syria. )

63 reads for this poem