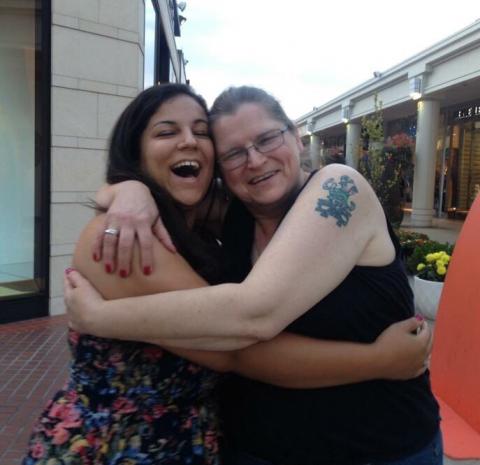 Why did he ask?

I didn’t know dad was a bigot and would

recite one incident that made them all bad

I didn’t grow up around black people

His question was a shock that really hurt

It was the beginning of my awareness, my part

Mom accepted her without a blink

No rude questions or looks

It told me so much about her

She cherished her granddaughter

My cousin said I should’ve “announced” she was black

before she was born, to protect our grandparents from the shock.

What is wrong with with them?

Why do they only see her skin?

Surrounding us with good people, we felt loved

But I still had much to learn about this disease

the contagion of ignorance running through my race

A new millennium came and yet it didn’t go away

Ignored in a restaurant, skipped over and waiting

Am I being too sensitive? Nope, I could see the hate

Judging a book by it’s cover seems the human fate

Ignore them, be smarter than them, they’ll go away

We’ll travel through the south and limit our stay

But they grow and they fester, damn it - they procreate!

Stop the blindness, why do family values now include hate?

I didn’t see it when I was younger. It turns out I’m glad

It could have made me ignorant like them, if I’d seen it in dad

Are they blind; she’s my baby, a human being

Why does it matter what flavor she came in?

I was blind to racism until I had a black child

Poetry Slam:
#BlackLivesMatter Support Slam
This poem is about:
Me
My family
My community
My country
Our world

71 reads for this poem