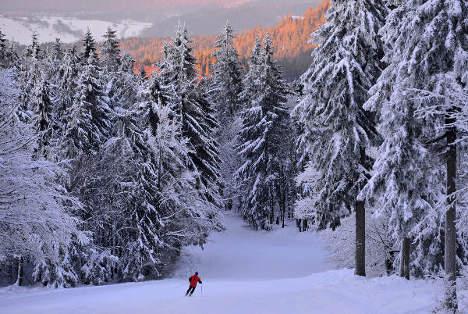 A few decades ago, there existed Die Wunderbare Republik,

Everyone lived peacefully and no problems came about,

Everything was perfect, symmetrical, and organized.

Along with his mama, papa, and a puppy.

One day he received a puppet as a gift and named her Hilde,

Unfortunately, she didn’t have two but one leg,

The missing leg was replaced with a peg.

Even with this imperfection did Bert love her to the fullest,

No words could describe the happiness he expressed.

Bert played with Hilde cheerfully during the sun’s grand smile

And so they chased the sweet, sentimental swans for a while,

By the rise of the moon, the crickets were chirping,

One can hear the jolly, beer-drinking men burping.

Hilde, under the raggedy, old bed, had already been hidden

“Mutti, Mutti,” exclaimed Bert, “why must she be hidden?

Hilde is a regular puppet with bundles of beauty and joy!”

For the flawed would only be destroyed.”

And so Bert listened well to his mother’s words,

Not playing with Hilde in the outside world seemed absurd.

Ten years passed and a fine teenager Bert came to be,

Hilde, still smooth skinned, pale, and short, from home is she still not free.

On the cold, freezing nights of the wintery December,

His precious Hilde was all he could remember

To the shabby house he loved, he went on the move,

He could hear the whimpering whispers of the dead.

In great luck did Bert find his puppet in the drawer

Realizing he had to protect his Hilde in the dark times of war.

The two brutal weeks of snow have proceeded

Although the frosty chill was blanketing the dark, nostalgic forest

Hilde, now dirty and dusty, was all he needed

To where he headed, the capital Stark, was to the west.

The special day marked the creation of the puppet

He and Hilde had reached a small, empty home by nighttime

Surely, the house was not worth more than a dime.

The next evening, Bert took Hilde to Das Große Theater

The top with flickering, dim lights, the windows covered with mad propaganda signs.

And the doors were filled with really long lines.

Little by little each person did a shift,

The short, stubby, fat man with his maroon pipe took a whiff.

On the comfy, red seat Bert sat with Hilde on his lap,

The yellow lights spectating the stage did the huge audience clap.

One by one, the ladies danced on stage,

Even though their faces bring a smile, their eyes seem like shedding tears of sorrow.

The dancers trotted gracefully from page to page

And thus their spectacular, eye-popping jump ends the wondrous show.

“Hilde,” asked Bert, “did you enjoy the performance?”

With a smile, her wooden heart was delightfully enhanced.

The giant leader glared at the little Hilde with his blood-thirsty grin.

As fast as an eagle swooping its prey, Bert carried Hilde to Der Unerwünschte Wald

The messenger of death soars across the dark, moonlit sky.

In the unknown land, the wolves sprawled

The shocking, blinding lightning came with its distasteful cry.

Bert and Hilde hid behind the big, white, great cedar.

His puppet looked at him with a miserable, mournful look in her eyes

“Don’t worry,” ensured Bert, “we will escape from those guys.”

Little did they know which way to go,

The wolves came closer on each step they make.

Their sharp-smelling noses tracked the humans through the scentless snow

They slowly crawled in with their sharpened, silver claws,

They jumped between the two, attacking with their jaws.

The hungry leader chased them with his entire clan.

Away they went into the hidden underground,

They shook so much in fear of death.

With a rope, the wolves tightly tied Bert around,

In a lightning strike, fangs drove in Hilda’s heart and exerted her last breath.

The redness was splashed in the blank, grey canvas,

He rushingly came to her, her body in his arms, hoping life still exists in his dear friend,

But in one second, his life, too, came to an end.Hi

13 reads for this poem