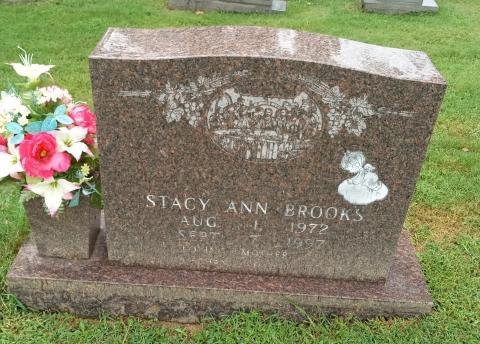 If you're wondering how long it took for a man to die after crashing a car, five days was how long it took.
The car crash killed him and his ex-wife who was named Stacy Brooks.
He was driving over a hundred miles per hour at midnight, that was really fast.
Stacy died instantly but her ex-husband died about 120 hours after the crash.
Stacy has been dead for the same amount of time that she lived, twenty-five years.
She was a very special lady and her death brought about misery, suffering and tears.
Stacy wasn't stuck up like some other girls who I went to school with, she would talk to me.
It wasn't fair when she died so young, my friend has been dead for a quarter of a century.
Her life ended in 1997 on the seventh of September.
She was a unique person who I will always remember.

1 read for this poem