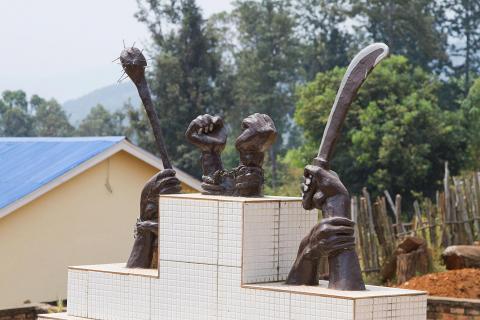 Machetes hacked away at innocent children, who had no say,
Interhamwe defiled mothers because they were told to obey,
An idea dug its nails into a country slipping away
All the while my nation watched: the good ole U.S.A

In 100 days, a nation was brought to its knees
But the international community turned a blind eye with ease
All the people wanted was an end to the aggression
But what they got instead was a continuation of oppression
And by the time the United States said “We’ve got a confession…”
Rwanda was rebuilding without foreign intervention

The blood-drenched land of a thousand hills is forever stained,
Their history will never wash away no matter how hard it rains
But the humans of this earth must keep this etched in their brains,
That Rwanda will never forget, because it lives with its pains.

I got chills reading this.  Props to you, it makes people think.

I really appreciate the feedback @sinclairsledge. I wrote this while studying the genocide in Rwanda.

48 reads for this poem