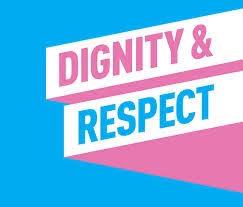 "Washing one's hands of the conflict between the powerful and the powerless means to side with the powerful, not to be neutral." --Paolo Freire

Everyone deserves to become their most honest and authentic self. Gender roles often put people in boxes that don't conform to their true identities. Understanding that gender is a social structure that operates on a spectrum is the first step in challenging gender expectations. Understanding that people are free to identify themselves however they choose would follow soon after. The next step, of course, is picking up a pen and creating some change.

Hear more about trans rights from The Jed Foundation, a trusted partner working to promote mental and emotional health.

voice of the voiceless
so many voices, some who choose to speak and some who talk too much  the voices that mean the most, ignored, shoved and...

The Poisonous Word
You may be wondering,  What could it be? If I use it what would  happen to me? The answer is nothing. It is only poison ...

Take the brave
That's what we fight for folks No mission too difficult, No sacrifice too great! Duty first! One looks for nothing but...
END_OF_DOCUMENT_TOKEN_TO_BE_REPLACED

Take Your Poetry to the Polls!

Poems to Support a Veteran
END_OF_DOCUMENT_TOKEN_TO_BE_REPLACED