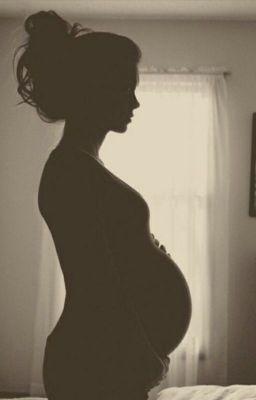 He said he loved me so I lied my head, pop my back ,spreading my legs hopping he gave me more then a promise but something worth believing in.
Addicted to lust  that it taste like love to have my body roar with the thoughts I couldn't contain .
Having no since come to mine as the sheets wrap me up inside trying to comfort me as the direction and decisions I made was  no longer  something I could maintain to fit in the lifestyle that I drew out to live. Reality struck though the eyes of a test that could have the power to change it all.
I'M PREGNANT!!
Looking at that test brought tears that exploded from my eyes in such a way that the moment I felt satisfied though a desire I though I had the protection to prevent to make one move to soon now I'm talking to my man saying I'm pregnant.
If only I had a camera to show you the  face he made in shock hopping this all could be something we could change.
For him to ask me if it's his and if it is this ain't gonna work but time after time as if we rehearsal on if a satiation like this might have came true.
The words he spoke was baby I got you .
But the times I was being held got me in the predicament to look around and see the things I took advance of all become something a child could have done.
To look in the mirror and seeing a child having a child.
Walking around school being the talk of the day.
A 16 year Old girl hopes and dreams all flew away .
Because it was time I step back for a blessing which bloomed inside me .My family was disappointed but they took there hands out  for support but being tough a lesson unreal to finally feel the things we do to sacrifice.
Boyfriend was no where to be found and my friends had there own lives to live only to wish I could be in there shoes.
Party all night, prom and being a teen.
It all was over just at the age of 16 when life was suppose to mode me into a young women but I guess you can say I wasn't quite fit for the clay of a master piece not even a disaster but to small to fit the shoes of a mother.
There was a pause on my life and a play on something so precious to look up at me.
To wonder if all this couldn't have been me as I told myself that it wouldn't be .
It's impossible you see but I'm not excluded from a world that affects everyone including me..
A  mother of a child younger then a boat at sea, or a butterfly in a cocoon that breaks free.
But a mother I had to be.
I wouldn't say it wasn't  all my fought or a even blame the condom That I didn't use.
If you act like an adult make sure you are mature to wind up in the shoes you only though could be a game.
But end up a choose you made too soon.
Young girls ,babies don't abuse that valuable thing that is so difficult not to give away with the lies and sweet talk that gets your body to unwind.
Young girls that's  what you are no matter how grown you think you might be choose carefully .
You are not ready to be a women just yet sweet Girl wait for the times when you can come correct to handle the responsibilities of  a mother...
This poem is about:
My family
My community
My country
Our world

This is for all the young ladies in this world.Each and everyone of you are all precious and valuable and should embrace your lives to live it for you and to make decisions that will better your future.I know their times when we feel that becoming an adult make life so much more free but also its when we face reality .I am not a young mother but I wrote this to be the voice for those young mothers out their and those young girls who maybe find it difficult to keep the since of mind for you as a women.Because at the end of the day do what makes you stronger and wait for those thing that can always be their for you when you are mature and stable.You will be happy you did .Also to all those young mothers out their you all are beautiful and became stronger not only for yourself but child.