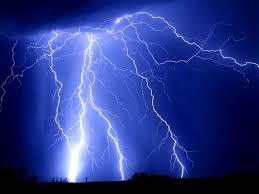 I am a parasite. I feed from the fear and pain of the cowards; the unfaithful fall as I consume their souls. I devour their sense of direction, hindering their escape. I slither from the cracks of darkness and reveal the true colors of even the purest angel.
Humans are the easiest hosts. They allow themselves to be snatched from their humane nature and into the depths of my inner sanctum they fall. Humans practically beat at my door, begging me to lavish them with affection. As if we could ever be friends. You think you can just use me and leave me? I think not. Think of me as Cocaine; however, I am ten times more addictive than she is. I laugh at how easily my name slides from tongue to tongue. Do they even know the power that I behold?
Just the other day a bunch of foolish teenagers spoke of me as if I were a street-dog. “Oh, how I hate her!” Another, “I hate the taste of peanut butter!” If only they knew who Hate really was. She is not a ball of paper that you can toss in the garbage can. I am the evil that crawls into a person’s thoughts, and taints every good they have in them. I am the demon that lies within each human being. I am the deception that contaminates your soul and justifies every evil thought and action you have or have made.
I am the pathetic excuse of a racist. Yes, it was I who made the white man’s stomach curl at the sight of an African American; but it was their fear and ignorance of diversity that brought me into them. I take full responsibility for every innocent man they lynched and each life that they destroyed. Ironically, I am also inside the little black daughter that lost her father to these murderers. I am the reason why she is in college; the reason why she walks with her head held high. I have practically raised her, and made her unbreakable; she and I are virtually one. Her hate for the Caucasian race pushes her forward; in her eyes, she must excel in everything that she does, to prove to them that she is capable of great things.
I am the cause of your sister’s death. It was I who convinced her best friend to pull the trigger. However, I cannot take all the blame. My cousins Jealousy and Insecurity had gotten to her first. They simply invited me in as if she were an open bar. She was sent to life not me; my job had already been complete, to hate Jessica. I only gave her the encouragement she craved, and the false security she longed for. She considered me a friend and never suspected that I was a tyrant; she was too busy dancing in my pool of destruction. She is but a few of my many victims; many don’t even regret meeting me.
Whisper my name and I promise you I will be there, hiding in your shadow, waiting for the darkness to swallow you whole. But please don’t confuse me with the stupidity and moronic decisions of your species. It was not me who made a bunch of adolescents commit a hate crime. They did that all on their own. I do believe my distant uncle Hormones and his son Ludicrous could have something to do with it, but not me. I do many things but I certainly do not justify stupid actions like those.
I am to be feared. I can multiply at a magnificent rate, and swim through the air like a virus. People try to fight against me, but they don’t understand that I am the Devil. Now tell me, where is your God?

Don't Allow Hate to Capture You!!

Don't Allow Hate to Capture You!!

i love your imagery in this piece:) what inspired you to do this ?